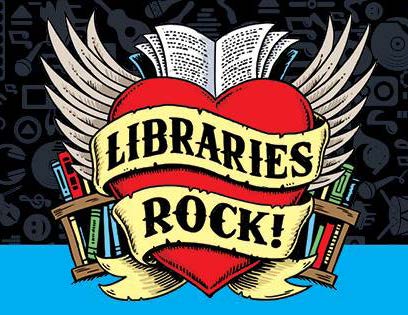 Libraries Rock Join your local library at the Marker 48 local brewery for fun giveaways! A librarian emcee will test your musical knowledge as we kick off the 2018 Adult Summer Reading Program, Libraries Rock. This is a FREE event for adults 21 and over only. Attendees may purchase drinks at their expense and registration is not required. Visit http://hernandocountylibrary.us/ or call (352) 754-4043 for more information. Marker 48 Brewing is located at 12147 Cortez Blvd, Spring Hill, FL 34613, USA

Harry Connick Jr. Monday and Tuesday, June 5-6, 2018 Returning for his seventh appearance at Ruth Eckerd Hall after a sold out performance in 2015, Multiple GRAMMY® award and Emmy® award winner Harry Connick Jr. celebrates the 300th birthday of his hometown with the sounds of New Orleans. The foundation of Connick’s art is the music of his native New Orleans, where he began performing as a pianist and vocalist at the age of five. He has established himself as a musician, singer and composer par excellence, a legendary live performer and a best-selling artist with millions of CDs sold around the world. His biggest hits include It Had to Be You, A Wink and a Smile and The Way You Look Tonight. Connick has also made his mark as an actor in films (appearing in over nineteen films. Tickets are $225, $150, $85, and $45. Ruth Eckerd Hall is located at 1111 McMullen Booth Rd Clearwater, FL 33759

Tree Rings – Dendrochronology Saturday, June 2, 2018 10 AM – 11 AM Join us for a fun informal program on analyzing rings and dating trees. Dendrochronology (or tree-ring dating) is the scientific method of dating tree rings (also called growth rings) to the exact year they were formed in order to analyze atmospheric conditions during different periods in history. Dendrochronology is useful for determining the timing of events and rates of change in the environment (most prominently climate) and also in works of art and architecture, such as old panel paintings on wood, buildings, etc. It is also used in radiocarbon dating to calibrate radiocarbon ages. Call (352) 754-6722 or visit [email protected] Chinsegut Conservation Center is located at 23212 Lake Lindsey Rd, Brooksville, FL.

Jimmy Ferraro’s Dessert Theatre Sunday, June 3, 2018 At 2 To 5 PM Doors Open At 1 PM Featuring the Sweeny Family Band, a musical comedy act the blends country, folk and gospel music with knee-slapping’ humor. Their comedy and performance style is in the fashion of Grand Ole Opry mets Here Haw. The band has performed alongside some great acts like The Charlie Daniels Band, The Oak Ridge Boys and the Marshall Tucker Band. The show will take place at the CARES Elfers Center, 4136 Barker Drive, New Port Richey. Tickets $25. Desserts and lite snacks available for purchase. Tickets available at the CARES Elfers Center,. For more information, call 727.847.1290.