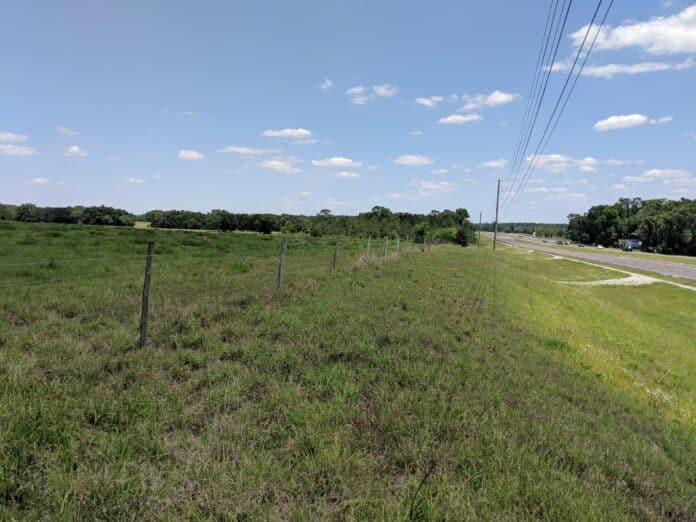 County commissioners voted unanimously to approve the Comprehensive Plan Amendment (CPA), CPAM 1702 that will allow the Cemex Corporation to expand mining operations.  At the regular Board of County Commissioners (BOCC) on June 12, 2018, concerned citizens again filled the chamber to protest the plan.  Employees of Cemex were also in attendance, however none spoke to the commissioners.

In May 2017 the BOCC, with two new commissioners on the dais, voted unanimously to repeal the supermajority requirement.

Last February, the CPA was again brought before the Planning and Zoning Commision (P&Z), and the P&Z re-iterated their recommendation for the BOCC to deny the request. After more lengthy meetings, numerous pieces of correspondence from citizens, many of whom came to the meetings to protest, the BOCC voted unanimously to approve submitting the CPA to the state for approval.

This week, the board voted to adopt the plan.   Assistant County Administrator Ron Pianta began the discussion by reading the correspondence from the Department of Economic Opportunity (DEO),  “The state has identified no comment related to important state resources and facilities within the department’s authorized scope of review that will be adversely impacted by the amendment if adopted … If other reviewing agencies provide comments, we recommend the county consider appropriate changes to the amendment based on those comments.”   Pianta stated that comments that have been submitted in a staff report for review,  but were not read aloud at the meeting.

Darryl Johnston, attorney of the local firm, Johnston and Sasser, spoke as the representative for Cemex. Focused on new topics for discussion, Johnston cited comments from a Southwest Florida Water Management District (SWFWMD) letter citing a need for further details regarding adequate water supply for the commercial portion of this project.  Johnston stated that the comment had been addressed, and was shown in the staff report that was previously given to the BOCC.

The Florida Department of Environmental Protection (DEP) sent an observations and comments regarding the location of the property being “at or near the springshed boundaries for the Chassahowitzka and Weeki Wachee springs watershed and the potential nutrients impacting the springs.” Johnston said that “Cemex will not be using any nutrients,” and that they will continue to work with the DEP on the Basin Management Action Plans (BMAPs), which are in the process of being adopted.

The Florida Fish and Wildlife Commission (FWC) stated no objection, but sent a letter about following certain survey protocols.  Johnston stated that Cemex would provide information for the surveys at each phase of development.
Jane West, of Jane West Law provided a presentation in opposition of the CPA adoption, citing Policy Reformulation, social desirability and threats to endangered species. While no contributing experts were present at the meeting, West entered each’s documentation and corresponding Curriculum Vitae (CV) into the record to comply with the Florida Sunshine Law on written correspondence.

According to West, the transmittal of a CPA is “Quasi-legislative, not quasi-judicial.”  She further stated that according to Florida case law, “A comp plan amendment request requires that the government determine whether it is socially desirable to reformulate the policies previously formulated for the orderly future growth of the community.”

West posed several questions during her presentation as to what should be considered in the decision to adopt the CPA.  Included in those are;

Does it create incompatible land uses?

Does it fail to protect significant historical resources?

Does it protect the health of Hernando County residents?

Does it protect nearby and adjacent property values?

Does it prevent a degradation in water quality?

Does it protect the springshed of  Weeki Wachee and Peck Sink?

Does it encourage economic growth while protecting natural resources?

Citing additional objectives and policies, West showed Objective 1.10B of the existing Comprehensive plan, stating, “For all land added to the mining category – Protect ecological features and natural resources from the adverse impacts of resource extraction.”  It’s corresponding policy, 1.10B(3) states, “Resource extraction shall not be allowed in areas of habitat known to support viable populations of threatened and endangered species.”  According to the documentation given to the BOCC and stated in the meeting, several threatened and endangered species have been on site, near or adjacent to the expansion property, according to the FWC, four of which are federally endangered.

Of the estimated twenty citizens that came to the podium to address the commision, most wore a “No Mining” badge, and none spoke in favor of the amendment.

Starting the response from the board,  BOCC Chairman Steve Champion lead with, “The people that we represent out there, are the whole county — the 180,000 including these employees over here,” as he motioned to the Cemex employees in the audience.  “… and this company is a number-one taxpayer in the county, so it does mean something, these jobs, that average $40-thousand plus (salary).  So there is going to be additional jobs, because common sense … it extends the mining operation for decades.”  Champion followed with, “My family — five generations — all worked in the rock mines.  All had good jobs … there’s a lot of good jobs in the mining industries.”

Commissioner Wayne Dukes recalled his spotting of wildlife along US 50 before it became a 4-lane road with several popular restaurants lining both sides. “No one person came up to this board and said, ‘Don’t let them build there’. But the wildlife were [sic] everywhere. The last time we had a room-full of people like we had today, was with that property in the center of Spring Hill.  The gentleman bought 400 acres that had been in one family for years, it was woods, and he wanted to develop it. Now, he could have … put 3000 houses (on the property), but he chose not to do that. He wanted to put houses with a town center, with stores … that you could walk to … and there was this many people that came and said ‘We don’t want it. Tell him to go somewhere else.’  He bought 400 acres, and they didn’t want him to touch it, because a man said (to the BOCC) ‘I like to look out my window and see a tree.’  But the tree didn’t belong to him.”

Dukes also recalled his personal connection to the mine, “When I got out of the military … the first place I could get a job was at the rock mine.  My brother worked there, my brother-in-law retired from there, my nephew works there now.  There’s a lot of people in this county who are not retired, and they need jobs, and that’s one of the better places to work for as far as the jobs.”

“So make more jobs,” was called from the audience.

“No comment,” said Dukes said, as he continued to describe his experience with limerock and MSBUs in previous years, “You can pick everything apart. I know you don’t want the mine, but the fact is, there’s nothing in my mind that’s going to stop me from voting for it today.”