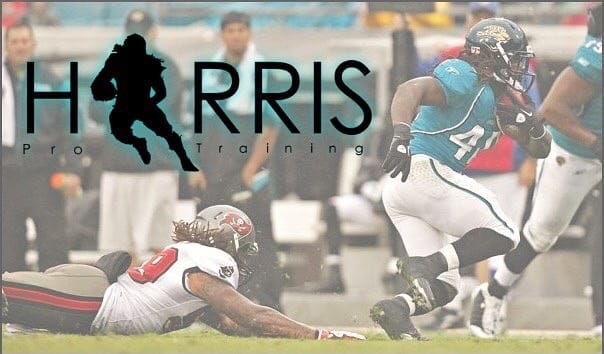 BROOKSVILLE- One of the best running backs to ever have come out of Hernando County is now offering is expertise to those wanting to train with a former NFL’er.

Former Central High School running back DuJuan Harris has started his own professional training services named ‘Harris Pro Training’ and he made the announcement earlier this month. On his official Facebook page, Harris’ first post about the training reads, “After 6 years in the NFL, I’ve decided to invest in myself with ‘Harris Pro Training.’ I look forward to utilizing my experience to help improve others.”

With Hernando County steadily growing and plenty of high school talent from the five high schools, athletes are already teaming up with Harris to receive training from the tailback that made stops with the NFL’s Green Bay Packers, San Francisco 49ers, Seattle Seahawks and Jacksonville Jaguars.

One of the most recent prep players to workout with Harris is Central running RJ Harrington, who will be heading into his senior season with the Bears. Harrington rushed for 122 yards on 23 carries for Central last season and figures to see a lot more time in the backfield for the Bears after a few graduations among other backs.

In 38 games played in the NFL, Harris has rushed for 590 yards on 145 carries and scored two touchdowns. He’s currently a free agent and could be picked up sometime during training camp or during the NFL 2018 campaign. Harris’ best season the NFL was in 2012 when he was with the Packers and rushed for 157 yards on 34 carries and had a solid 4.6 yards per carry average. He scored both of his touchdowns that season as well.

Harris, who in 2006 rushed for 363 yards in a game for the Bears, has been very active throughout the Brooksville community and has visited Central High School several times to speak with players, students and teachers. He had his uniform number retired at halftime of Central’s homecoming game against Lecanto last season.

For more information on Harris’ services, he can be reached at [email protected]