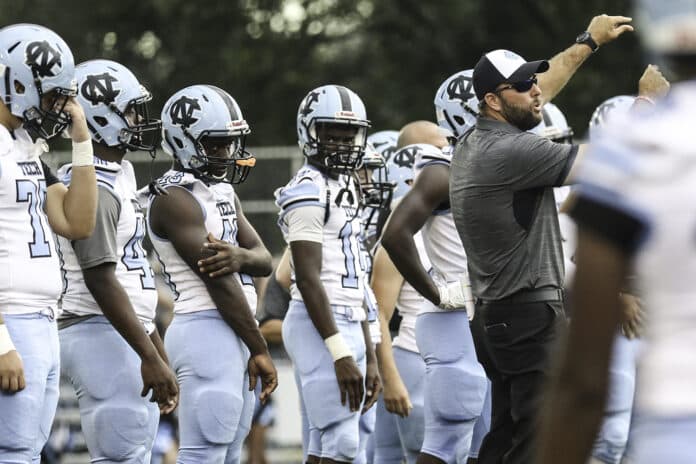 No. 1 Nature Coast (5-1, 3-0): The ‘Running Back Factory’ at Nature Coast continued its trend of racking up the yards when Michael Weston went for 239 yards and four touchdowns in a 38-24 win over Weeki Wachee. I think most of us can’t wait until Nature Coast and Hernando meet in a critical Class 5A, District 7 matchup.

No. 2 Hernando (5-2, 1-2): Despite losing two crucial district games in a row, Hernando has not decided to pack in the season whatsoever. In fact, the Leopards showed some major resolve in an impressive 17-14 victory over Springstead. The Leopards want to get back in the district conversation? Beating Nature Coast will be the only way.

No. 3 Springstead (4-3, 1-2): The Eagles’ offense took a little bit of a step backwards in a 17-14 loss to Hernando. The Eagles are still players when it comes to their district hopes as matchups versus Land O’ Lakes and Pasco still await.

No. 4 Weeki Wachee (2-4, 1-2): The Hornets hung in with Nature Coast for as long as they could, but ended up falling 38-24. Weeki Wachee were 24-point underdogs by the Joe Pinkos’ Week 7 forecast of games. Despite the loss, Jacob Gray’s group showed they’ve gotten better this season.

No. 5 Central (0-7, 0-4): The Bears were shutout for the fifth time this season in a 49-0 loss to Inverness Citrus. Central hopes to avoid an 0-10 season, with Bears having games against Crystal River, Hernando and Sunlake.