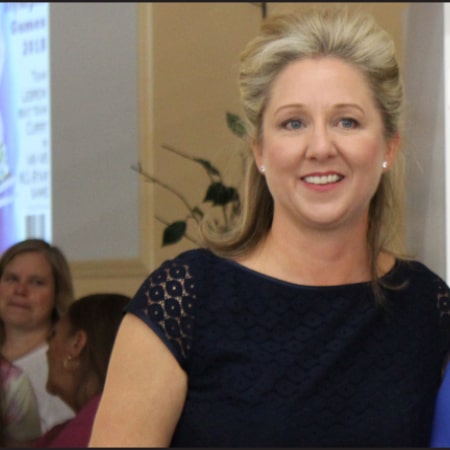 On October 3, 2018, former Hernando County School District Superintendent Dr. Lori Romano appeared before the Hernando County School Board to appeal her termination, which was effective June 31, 2018.   Romano appeared with her attorney, Kathryn McHale.  The school board was represented by Tammie Rattray.  Dennis Alfonso was present for the appeal, facilitating the procedure, however did not present any arguments.  There was no board discussion.

The decision is expected no later than October 23, 2018, however, an extension could be granted via a Special School Board Meeting before then.

Romano’s most controversial action was the firing of 47 Moton Elementary School (MES) teachers in May 2018, which she defended as necessary to avoid another year of being classified as a ‘D’ school, and possibly resulting in closure of the school, or relinquishing control to an outside agency.

Also cited in Romano’s Termination For Cause was; ineffective leadership according to evaluations, failing to notify advise and counsel the Board with regard to the timing and scope of her intended actions regarding MES staff, denial or direction to deny a Superintendent evaluation researcher and a school board member access to list of board employee public email addresses to facilitate distribution of the survey.  Romano was also cited for inaccurate statements to the BOCC about the actual total funding received by the Hernando School District from the legislature, and failing to provide notice obligations to the board.

Rattray opened by saying she’d been a part of school board proceedings, and that this appeal is “a bit of an usual process.” The HCSD terminated Romano, and the HCSD is deciding if their decision shall stand.

She began by citing the first item of causes, which was for Romano to notify school board members of sick days, vacations and absences for professional conferences. “That’s not anything I need to tell you, you have personal knowledge of whether or not that is true.” Included in that section is a requirement of the Superintendent to provide certifications of physical examinations, drug tests, and other testing to prove she could physically perform her duties.
Rattray did not go into detail, but did provide each of the board members a set of questions to consider in deciding if Romano met this requirement.

Citing incomplete or inaccurate statements Romano allegedly made, Rattray quoted her as reporting to the Board of County Commissioners (BOCC) on April 24, 2018, “You may have read in the paper that we are getting an additional forty-seven cents per student.  Well that’s not actually true.  So if you base it on actual figures, we will get $2.07 less per student for next year to be able to educate.”

Romano also allegedly told the school board, “We advocated so the school district would receive sparsity funding.  Thank you to our legislators for that.”

Rattray said that Romano should know her audience (18:36).  “Both of these comments may be accurate, but we can agree, just looking at them, that both of these comments are very different … what you should decide as a board is whether there was complete information provided in that public forum.  You have taken the position in your for-cause termination that there was not, and … I would argue that decision was correct.”

Rattray talked about the alleged denial of the Board Liaison and University of South Florida (USF) representative access to employee email addresses in order to distribute the 2018 Superintendent performance survey instrument.  Of the public record status of the email addresses, Rattray said, “Dr. Romano made an argument that there wasn’t a contract, or there was confusion about… a contract.  I’m not sure of the basis for her interference … It’s indicative of the relationship between the Superintendent and the board, and her inability to work collaboratively in completing board actions.”

Rattray surmised that the obstruction by Romano could have been predicated by the results of the 2016-2017 USF/CREAM survey, where some of the written responses repeatedly mentioned Romano leading “a fear-based administration.”  The 2017-2018 USF/CREAM survey was released after Romano’s termination, which, according to Rattray mentions the word “fear” appearing 45 times in survey comments.  “Honest” appears 13 times, however Rattray did not state if she searched for “honest” as a whole word, or if it appeared as part of “dishonest.”  “Moton” appeared 55 times.

A timeline was shown regarding the termination of the MES teachers.  According to Rattray, the decision was made in a cabinet meeting on March 5, 2018, and the notice to board members took place between April 12-13, 2018.  Notice was given to the Teacher’s Union 15 minutes prior to the announcement on April 13.  Notice to parents was given on April 16, 2018, the same day standardized testing of the students began.

Regarding the decision to terminate the Moton teachers, Rattray said,

“I’m not going to argue whether or not what administration ultimately decided to do at Moton was the right decision.  What I will vigorously argue… is that there were serious problems with the execution of the decision.”

Rattray continued on to mention public comments at school board meetings, again citing “disappointment… lack of trust in the administration… there was true despair.”

The Teacher’s Union, having no idea what was being considered prior to their 15-minute notice, nonetheless decided, filed a grievance and cease-and-desist letters with the school district.  The District ultimately reached a settlement with the Union on May 8, 2018, allowing some teachers to return to Moton and some to be allowed to choose a school in which to transfer.

According to Rattray, Board Chair Mark Johnson, as well as members Susan Duval and Linda Prescott all cited communication from Romano as a necessary area of improvement in 2017.

Dr. Romano’s attorney, Kathryn McHale opened her arguments by saying, “While the circumstances… are not what demonstrates the best of the Hernando County School District, I think we can all agree on a couple of things.  Since 2013, the… district has made significant improvements.  Those improvements are due to the team effort; you as the elected school board members for your terms, your selection of Dr. Romano as the Superintendent … your administrators, teachers… parents… and the children of the Hernando County School District.”

McHale went on to say, “In 2013-14, the Florida Department of Education’s Accountability system rated you as a struggling ‘C’ school district. In 2015, you were a ‘B’ and have maintained that rating since. As of 2018, you are just shy of an ‘A’ rating.”  McHale approximated the step up to an ‘A’ rating as 4 percentage points.

McHale read a quote from a text regarding Romano:

“In my 15-year school administrator tenure, I have witnessed no better.  Her ability to listen, lead, organize and collaborate have positively permeated throughout our district.  Dr. Romano implemented the concept of organizing to lead in our district, which is a collaborative problem-solving model, including all levels of the organization.  As a result, all stakeholders have ownership and responsibility in the education of our … students.   In addition to her leadership style, I have never had the opportunity to work for a leader who was more committed, passionate and laser-focused… Her vision of an ‘A’ rated school district of excellence was communicated on day-one, and has been communicated in every conversation since.”

According to McHale, the quote came from John Stratton, the current Interim Superintendent.

McHale read from the board’s policy manual, stating, “Your own policy regarding the Board – Superintendent relationship (10.10, adopted June 13, 2017) states, ‘… The board, in formulating its position with regard to the performance of the Superintendent shall rely, whenever possible,   on the objective outcomes of its evaluations rather than the subjective opinions.”

“The superintendent is to be evaluated on the graduation rate, industry certifications earned and student participation, dropout rate and school grades.”

McHale read policy 10.30g, stating that the Superintendent is in charge for the hiring and firing of all teachers, administrators and principals. The policy is also Florida Statute 10.12.

She went on to say that the School Board breached their contract with Romano by establishing a ‘No-Confidence vote’ at 2:00 PM, and a vote to terminate at 6:00 PM on the same day.  “You had to make a motion to entertain an off-agenda item at the school board meeting.  That’s not the due process set forth in Dr. Romano’s contract.”

“No notice was given to Dr. Romano as required in her contract, and if your intent was to terminate her for cause, you did not provide any reasons that are enumerated in her contract at that time.”  McHale also cited the policy establishing this, ending with “You violated your own policy.”  She added that the minutes from the June 12 meeting simply stated “to terminate” and omitted “for cause.”

McHale quoted comments that were made at the workshop that day made by Beth Narverud, Gus Guadagnino, Susan Duval and Linda Prescott.  According to McHale, Narverud made comments in line with the stated misrepresentation of cost-per-student by Attorney Rattray.  McHale quoted Guadagnino as saying, “There’s always evidence of improvement… If you’re not born here in Hernando County and you are a female, you’re not going to make it as a Superintendent.”  According to McHale, “Mr. Guadagnino said he couldn’t remember the last time Narverud or Duval had anything good to say about Romano.”

“Normally, when you talk about ineffective leadership … you are not usually doing well as a team.  In this case, you were doing well… You had improved greatly with the leadership of Dr. Romano.”   McHale went on to enumerate accomplishments.   Graduation rates increased from 72.12% in 2012 to approximately 84% in 2018.

“Four percentage points away from an ‘A’ (rated school system) is knocking down the door from what Dr. Romano started on day one as a Superintendent,” McHale said, concluding with several other noted accomplishments of Romano.

Addressing the USF/CREAM survey, McHale reported finding flaws in the survey mechanism.  Many survey respondents stated they had no experience or interaction with Romano.  She also reported that there was nothing in place to safeguard against multiple submissions of the survey.  Of 3,051 employees, 203 completed the survey.

McHale concluded with, “Moton seems to be the catalyst for what transpired on June 12.  In paragraph 3 of the termination letter, the Moton turnaround plan of October 18, 2017 is mentioned as being something that is relevant.

However, I asked for the Moton Turnaround Plan referred to in this paragraph, so that we could appropriately respond to this cause for termination… I made a public records request in August, and the response for that particular turnaround plan was, ‘We are not finding any turnaround plan with that date.’”

McHale concluded that the plan must not exist.

“Candidly, no time is good for this, and change is hard, and yes it happened in the testing period.  But the good news is that the evidence showed it did not disrupt the students taking their tests.  They increased their grade from ‘C’ and are off the state radar.”

The Hernando Sun will report the Hernando County School Board’s decision when it is available.