HomeUncategorizedMedical marijuana dispensaries no longer banned in city of...
Uncategorized

Medical marijuana dispensaries no longer banned in city of Brooksville 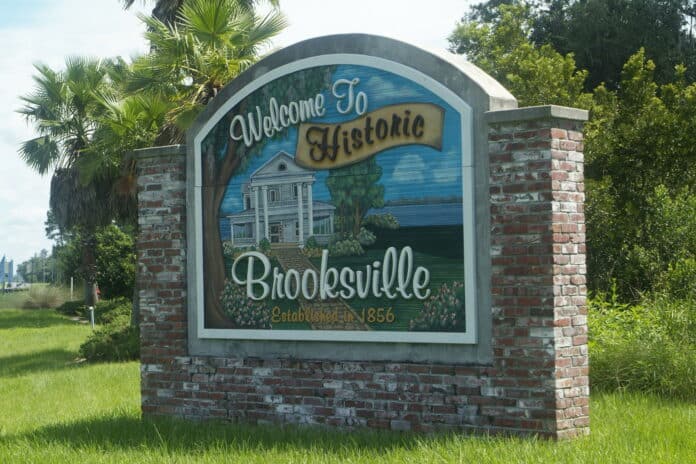 The official discussion and vote occurred later in the meeting, Citizen’s Comments was the unofficial opener.  Two residents counted themselves as “once-skeptical,” including
Brooksville doctor Scott Gebhardt, D.O. (Doctor of Osteopathy).  Gebhardt once considered those seeking medical cannabis as “a bunch of stoners … looking for an excuse to make cannabis legal.”

After noticing that numerous patients in his practice reported they were using cannabis with good results, Gebhardt’s perspective changed and he is now one of seventeen medical providers in the county who is licensed to recommend cannabis.   “We’ve got over 150 veterans that all come to us for PTSD (Post-Traumatic Stress Disorder) and it helps them sleep for the first time.  For some, (the first time) in thirty years.”

He also reported recent referrals from pain management and Veterans Administration (VA) physicians who are no longer able to prescribe opiates.

Gebhardt reported a patient base of over 700 receiving medical marijuana. Though medical marijuana was legalized in the state in 2016, Gebhardt’s patients have been required to drive to Hillsborough or Pasco county to obtain the product, since no dispensaries exist in Hernando County.

Though the question wasn’t asked, Gebhardt did address the looming question of purely recreational or “street users” having access to dispensaries, Gebhardt said, “They’re not going to be using medical cannabis.  It’s too much of a hassle, and it’s too expensive right now.   He invited the council and public to visit a dispensary to allay fear and stereotypes.  “This is not Cheech and Chong,” Gebhardt said, referencing the movie from the 70s depicting two hippies in a smoke-filled van.

Gebhardt also advised that as a physician who has recommendation privileges, by law he cannot own a dispensary, or be a partial owner. A Recommending Physician also cannot have any interests in a laboratory that performs any testing on medical cannabis.  Also, the labs are have no affiliation with dispensaries.

With the mention of testing labs, Vice Mayor Robert Battista asked how consistently quality can be assured between different dispensaries.  According to Gerbardt, Florida has a “vertical system,” meaning that the products are tracked “from seed to sale.”

Brooksville resident Donna Morin, like Dr. Gebhardt was a skeptic as well, for the same reasons.  “I educated myself on this,” she said, and spoke about her personal visit to a New Port Richey dispensary.  “Not only were they professional and very informative, but they also made me feel at ease…”  Morin also said that armed guards were present on the premises, and that she was educated on the entire process by the dispensary staff.

Another Brooksville citizen who identified herself as involved with Alcoholics Anonymous (AA) and Narcotics Anonymous (NA) for 34 years spoke in favor of bringing dispensaries to Brooksville.  She told the council that her 70 year old mother discontinued pain medication eighteen months ago after beginning a medical cannabis regimen.  Prior to that, her mother purchased cannabis on the street.

“The question isn’t whether we should or shouldn’t. That’s already been decided.  The only question is whether or not the city of Brooksville is participating in the revenue.”

lker of Trulieve, a Clearwater dispensary spoke about the aspects of what dispensaries look like, and how they operate.  Trulieve is the first licensed cannabis dispensary in the state, and has opened 20 dispensaries across the state.  Waker reports at least 3,000 people per day visiting a dispensary in Florida.

“Florida has regulated this industry in a very severe way … where every employee that works for us has to go through a level-two background check … even if you’re a receptionist, or a driver.”

Walker also described the product regulation; “Every product … goes through at least a 90-day approval process with the state.  We have our engineers, our medical director, our scientists, our lab team, and sometimes input from patients telling us what’s working and what’s not working.  We put that into a proposal and plan, and that goes to the (Florida) Department of Health, and they review that for months.”

The Florida Department of Health returns comments and recommendations for improvement.  Walker stated, “It can take a year to put a very simple medication into the marketplace.”  In the past two years, Trulieve has entered over 100 products into the marketplace, “because we’re serious about it, and because we know how important it is for patients to have variety that work for them, and the physicians as well,” Walker said.

The marijuana plants are not grown at any of the dispensaries, rather at one location, just outside of Tallahassee, in Quincy, Florida.  Dispensaries do not carry a lot of inventory, and receive regular deliveries.

Walker also reports “extreme safe protocols on cash management and cash pickups” security cameras are not only viewable inside and outside the dispensaries, but also in a central location where all stores can be viewed at all times.

The patient experience begins with obtaining a card, a process which can take a month or two. “It’s very expensive,” Walker explained, “It’s not like they’re just walking in off the street … it’s several hundred dollars of an investment…”

After a patient receives their card, the dispensary has their own verification procedures, making sure the patient is entered in a state database, and collecting photo identification.
The patient experience after that involves working closely in-person with staff members within the dispensary.

In summary, Walker said,  “The message is that it’s more regulated than the pharmacies that we already have in the city, it’s safer, children can’t come in by themselves and ask for a tour, touch and feel and see the products.  It’s an incredibly responsible establishment to have in a city, and we haven’t had any incidents in two years… of a theft, robbery, of the police showing up.”

Council Member Brent Young opened the discussion by saying, “After the last vote, it didn’t take long for me to feel like I voted incorrectly.”  Young acknowledged the fact that many with physical and mental health issues benefit from medical marijuana, but also noted, “The biggest thing that I thought of initially was that the state voted for this.  I think we should honor the voter’s wishes.”

“I don’t see why eleven square miles of this county should be exempt from it.”

Kemerer was also unaware of fees for delivery.