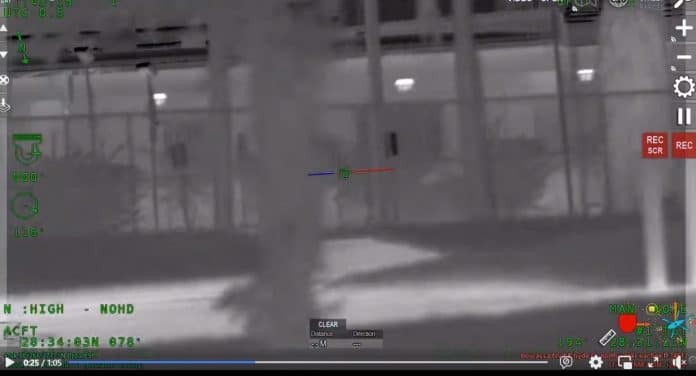 A hydraulics failure is being blamed for the July 30 emergency landing of a Hernando County Sheriff’s Office (HCSO) helicopter in a field near Brooksville Elementary School.

According to HCSO Community/Media Relations Manager, Denise M. Moloney around 10 p.m. on July 29, HCSO Aviation Unit “Air-1,” flown by Deputy Pilot Roy McLaughlin and Tactical Flight Officer B.J. Hart, along with deputies and a K-9 unit were in Brooksville searching for someone wanted by the HCSO when they radioed the dispatcher that due to “issues” they had to land.

At the time of the radio call, the OH-58 helicopter was located over a heavily populated area of Brooksville. In order to avoid landing in that area, pilot Deputy Pilot McLaughlin flew the aircraft to a field near Brooksville Elementary School where he made an emergency landing.

On Aug. 3, HCSO Deputy Public Information Officer (PIO) Michael Terry, said that further investigation into the cause of the malfunction revealed that the helicopter had lost its hydraulics.

“It’s a little like driving a car without power steering,” he said.

At the time of the incident, the pilots were also getting instrument readings that were not normal, Terry said

“So they decided it was in their best interest to land the helicopter,” he said.

Currently, a mechanic is thoroughly examining the helicopter’s engine to determine what caused the hydraulics to malfunction.

While the Air-1 is grounded, the HCSO’s second Aviation Unit will be available for use, Terry said.

Meanwhile pilots McLaughlin and Hart were uninjured in the incident.

“They’re a little sore because the landing was a little rougher than they would have liked but they’re fine,” he said.