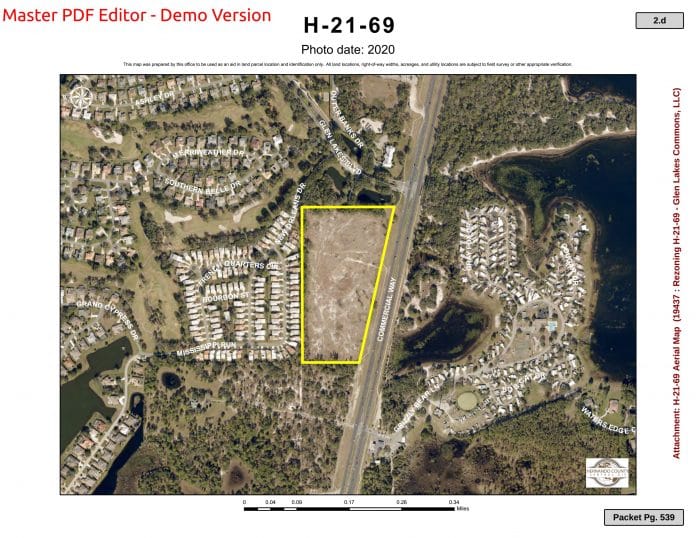 The specific C-2 uses will allow for a drive-in restaurant and mini-storage on the property.  The assisted living facility is expected to have 210 units: consisting of 140 assisted living and 70 independent living units.  Other general commercial uses will be allowed.

Concerns from nearby residents regarding the size of buildings and lighting were addressed.  Hernando County limits building height to 45 feet, and a 30-foot natural buffer is expected to reduce light pollution.  The development of the property is expected to reduce traffic noise from Commercial Way. Don Lacey of Coastal Engineering stated that more trees will be added to the existing natural buffer.  Signage is to be directional, and would not affect Glen Lakes homeowners, Lacey said.

Lacey explained that access to the property will be directly from southbound Commercial Way, and a directional median will be constructed, ostensibly to allow left turns from the northbound side.  A frontage road will run north to south roughly in the middle of the property, separating the Congregate Care Facility and storage facility from the front commercial parcels.  In the future, a second entrance may be constructed to the south.

A traffic analysis will be conducted to determine if additional signals should be installed. 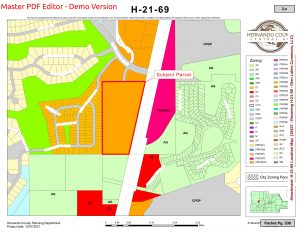 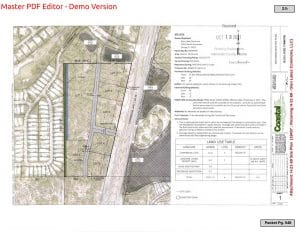