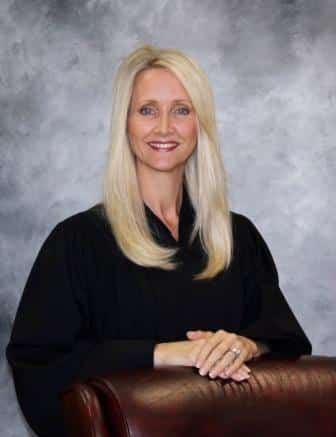 Berger was appointed by Scott in 2012 to a seat on the 5th District Court of Appeal, which is based in Daytona Beach and hears cases from a huge swath of Central Florida, stretching from Brevard County to Hernando County. Berger worked from 2001 to 2005 as an assistant general counsel for Bush, who then appointed her as a circuit judge in Northeast Florida’s 7th Judicial Circuit.

Berger also was one of three finalists in 2016 for a seat on the Florida Supreme Court, though Scott appointed Alan Lawson, who at the time was one of Berger’s colleagues on the 5th District Court of Appeal.

The choices of Winsor and Berger for the federal judgeships appear to align with a broader effort by Trump to make the federal judiciary more conservative.

Berger, who was a prosecutor in St. Johns County for almost eight years before working for Bush, pointed in her Florida Supreme Court application to adherence to “judicial restraint” — a common theme in conservative legal circles.

“I respect the legislative process and am committed to the principles of judicial restraint,” she wrote at the time. “I will bring to the bench self-control, integrity, respect, wisdom, good judgment, efficiency and common sense. I can be trusted to follow the law and make just and timely rulings.”

Judges in the federal Northern District of Florida hear cases from a region that includes Gainesville, Tallahassee, Panama City and Pensacola. The Middle District, meanwhile, covers a massive area, stretching from Fort Myers to Jacksonville and including Orlando and Tampa.

Along with saying he will nominate Berger and Winsor for the district judgeships, Trump on Tuesday also announced selecting Britt C. Grant to serve on the Atlanta-based 11th U.S. Circuit Court of Appeals, which hears cases from Florida. Grant is a justice on the Georgia Supreme Court.