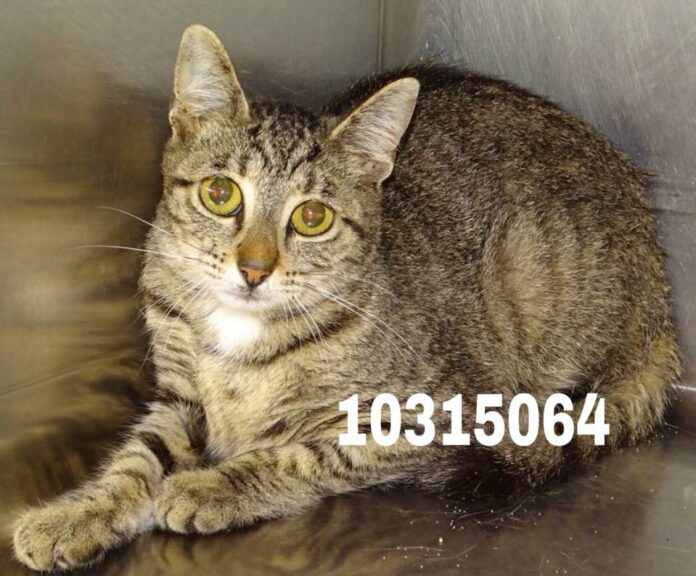 At the April 24, 2018 Board of County Commissioners (BOCC) meeting,  Hernando County Animal Services Manager James Terry proposed a “Trap Neuter Vaccinate Return (TNVR)” program for homeless and “community cats” in Hernando County.  The program is designed to control the population growth of cats, which will ultimately cuts costs for veterinary care of cats taken to shelters and reduce cases of euthanasia.  The BOCC voted unanimously to move forward with the plan, placing it on future agendas to consider ordinance changes.

Terry stressed that the goal of the program, while reducing the number of cats potentially euthanized, is to control population, and is not about increasing the number of cats.  Volunteers with the program will trap strays, transport them to the PetLuv clinic where they will be vaccinated, spayed or neutered, have their ears “tipped”, and be returned to the location where they were collected.  “Tipping” of the ears is the removal of the top quarter-inch of an ear to signal that the animal has already been vaccinated and spayed or neutered, should it be trapped again.

According to Terry, TNVR is steadily becoming the standard for feline population control.  Cities that have implemented the program have seen dramatic reductions in feline populations.  Jacksonville is one such city that has seen the number stray feline intakes reduced from 12,093 to 6,740 in ten years.  Addressing euthanasia as a form of population control, Terry said, “(Hernando) county did that for fifty years. Ninety percent euthanasia of cats, and it did nothing.”

Responding to Commissioner John Allocco’s request to elaborate on how removing homeless cats from the county altogether will not solve the problem,  Terry said, “From the business perspective, whenever a food source is offered, cats are going to congregate.” The people who feed these cat populations will not turn them over to authorities if they believe the cat will be immediately euthanized.  Furthermore, simply euthanizing the animals only makes room for more cats to move in and increase the population.

According to Terry’s research, it costs $20,447 per year just to euthanize cats.  Hernando County keeps cats up to three days, which costs more due to those extra days feeding and providing care.  Under the TNVR program, cats will typically be returned to the area they were found after an overnight stay.

Florida Statute 823.15 already exists to require veterinary clinics to spay or neuter animals that are to be returned to the outdoors, which states, in part, “… every feasible means be used to reduce the incidence of birth of unneeded and unwanted puppies and kittens. Determining which programs result in improved adoption rates and in reduced euthanasia rates for animals in shelters and animal control agencies is crucial to this effort.”

The program will also ensure that cats that are obvious pets, or otherwise determined to be adoptable, are returned to its owner when possible, or routed to an adoption pathway.

Terry and his team of associates at Alley Cat Allies, PetLuv and the Hernando County Humane Society are making strides to organize the effort county-wide.  Presently, Animal Services, which is part of the Hernando County Sheriff’s Office (HCSO), will not return animals to the places they were picked up. “Hopefully, those are bridges we can build going forward,” said Terry, who used Brevard County Sheriff’s Office’s change of heart as an example.  They received an outpouring of community praise after joining that part of the effort. For now, Humane Society volunteers will return the felines to their “homes.”

Additionally, the program will result in better behaved community cats, since spaying and neutering will diminish mating behaviors, such as loud vocalizing and fighting.

Hernando County Animal Services has already received a commitment from an unnamed non-profit to match up to $50,000 for the program. PetLuv has agreed to flat $20.00 per cat spay or neuter fee for the TNVR program.  The Hernando County Humane Society will pursue grants to add additional funding, and act as a partner for cats on the adoption pathway. Richard Salvani, Director of the nonprofit PetLuv Spay and Neuter clinic in Brooksville said while it’s not possible to estimate the cost savings to the county at this stage, it will not cost the county anything.

Alice Burton, Associate Director of Alley Cat Allies addressed the question of possible opposition to the program.  Burton, a former Animal Control Officer in Arlington, VA was once an opponent of the TNVR framework. When it was passed in her area, Burton said, “I basically sat in my office and pouted the whole time.”   She changed her mind six months later when she saw the benefits. Burton said there’s also a lot of concern about simply releasing the animals back into the wild. “In (an opponent’s mind), they think every cat should be in a home, sitting on a couch, and that it’s inhumane for them to be outside.”

However, according to Burton, cats have been around for 10,000 years, and didn’t regularly reside in homes until cat litter was invented in the mid-to-late forties.   Molly Armus, Attorney with Alley Cat Allies reported that opponents who agree that the outdoor cats are doing just fine also think they’re doing too well, and killing birds and wildlife.

Hernando County resident Shirley Miketinac, who is in favor of the program,  posed the question of the viability of the rabies vaccine beyond one year, and the county’s responsibility for maintaining rabies immunity.  Julie Rosenberger, Veterinarian with Hernando County Animal Services answered by stating that there is new research that shows a single rabies vaccine in cats can produce an immune response up to ten years.

Brian Hawkins, President of Bingham’s Professional Pest Management supports the suggested TNVR framework, however expressed concerns for owners of businesses such as his, as well as landscapers, and others who deal in chemicals that could be toxic to animals.  Hawkins recounted a colleague’s “nightmare” in St. Petersburg, where they found a cat had been trapped under a mobile home during structural fumigation, and was given a citation for animal cruelty. Deputy County Attorney Jon Jouben explained that the current Hernando County Ordinance states there must be intent in order to charge an individual with animal cruelty.   Jouben is confident that language can be included in any subsequent ordinances that protect businesses in these situations.

At the conclusion of the discussion, Brooksville Mayor Betty Erhard read from a letter on behalf of the City Council.   The letter that was presented to Alley Cat Allies, describes the City Council as “very excited” and urges the BOCC to support the program and adopt the changes to ordinances that will implement it.