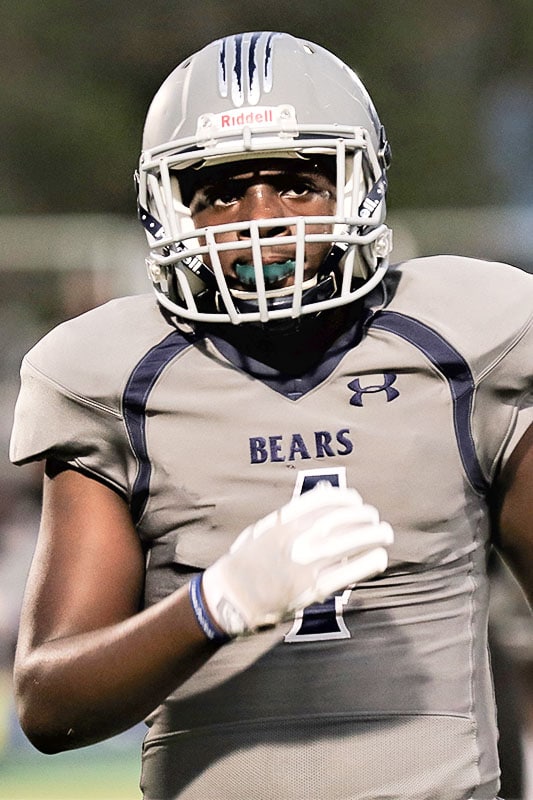 With prep spring football in its third week of practices throughout the state of Florida, we take a closer look at each of Hernando County’s five programs in the weeks leading into the spring games. The next team we take a look at is Central, which heads into its first season under the watch of new head coach John Warren. The Bears finished 2-7 last season under the watch of former lead man Chris Sands, who stepped down to take the same position over at Eau Gallie High School. Central heads into the spring under Warren looking to create a new identity behind its new coach, with the team being primarily a run-oriented club under Sands. The Bears have a lot of work to do if they look to compete within Class 5A, District 7 amongst the likes of Hernando and Nature Coast. We now take a closer look at the Central Bears this spring.

Can Warren change the recent culture?

There was nothing wrong with the Bears during Chris Sands time as head coach, but Central is coming off a down year at 2-7 and the program is looking to clinch its first postseason berth since the days of DuJuan ‘Fox’ Harris running loose back in 2006. The Bears were very much a team looking to run the football, with the club averaging 222 yards per game. Now with players like quarterback Izzy Zena and running back Justin Fribbley graduating, Warren’s job will be to find a potential new identity on the offensive and defensive sides of the ball at Central. Warren is no stranger to the area, as he previously was a head coach at Bradenton Southeast in 2014 and 2015, so finding the right balance for Florida prep football should be no science for the newcomer to Hernando County.

Who carries the load?

There’s no plethora of candidates when it comes to this question on the offensive side, as many of the team’s leading yard gainers graduated. Zena was one of the team’s best runners, rushing for 830 yards to go along with his 1,000-plus passing. Also gone from the backfield is Fribbley, who totaled just over 600 yards on the ground. One lead candidate will be running back RJ Harrington, who had over 100 yards rushing last season and heads into his senior campaign. He looked impressive in the Bears’ Blue/Grey scrimmage and could get the bulk of the carries this fall. Another player to watch in Central’s backfield is junior tailback Isaiah Brown, who will also see time alongside Harrington. Both Harrington and Brown could become one of the county’s top duos.

The spring can tell you a lot about your team heading into the summer. For Central in its first season under Warren, they can learn a lot about what the Bears could be looking forward to once school starts and practices rev back up. The Bears showed a lot of grit and promise in 2017, despite losing seven games. A couple contests the Bears can always look back to is a narrow 21-20 loss to Springstead to begin the season and a mid-season 28-26 decision to Nature Coast, whom eventually clinched the playoffs in Class 5A. Both clubs are playoff caliber and have set the bar in Hernando County. The Bears are not far off and Warren might be able to get them over the proverbial hump.