Dangerous channel could get idle speed/ no wake signs soon 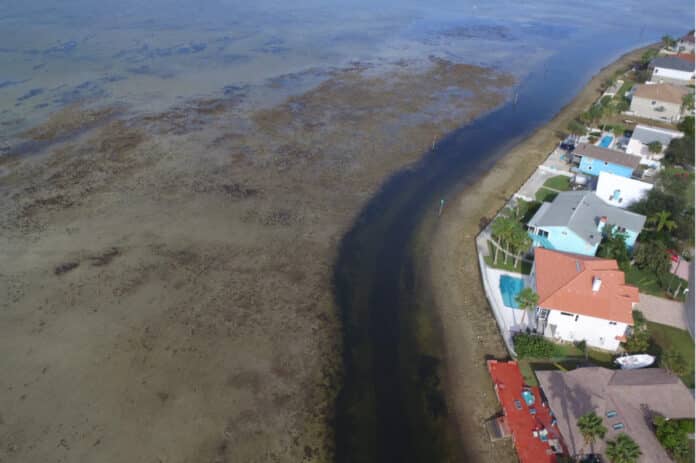 Aquatic Service Manager, Keith Kolasa, approached the Board of County Commissioners on May 22, 2018.  He presented Ordinance 2018-11 regarding amending boat regulations in Hernando Beach.

Back in 2015 and 2016, the Hernando County Port Authority went through the process to designate a half mile strip of the Hernando Beach Western Perimeter Canal located along the west segment of Gulf Winds Circle an Idle Speed/ No Wake zone due to obstruction of visibility and narrow channel width.  The channel is extremely narrow at less than 75 feet in width and there are two corner blind spots obstructing sight to less than 300 feet. During low tide, the narrow channel is bound by land on both sides. Currently, it is the only area in Hernando Beach that is not currently an idle speed zone, therefore it is inconsistent with the rest of the area.

“The area should clearly be designated as an idle speed,” Keith Kolasa stated.

In 2016, a resolution was approved by the BOCC to establish the no-wake zone, but the county was ultimately shot down by FWC when they went to permit the signage.  FWC informed the county that they couldn’t just create a No Wake/ Idle Speed Zone with a county ordinance. Instead they had to go through a more rigorous process which required the submission of a detailed application with various evidence documents, figures, photographs, aerial images and a site visit by FWC.  The ordinance would need to be amended through FWC’s Florida Administrative Code Consult.

County Commissioner John Allocco remarked, “Keith tried to be proactive. Florida Fish and Wildlife, basically from a legal perspective said ‘cease and desist or we are going to sue you.’ This is one of the conundrums the county is always running into,” Allocco explained. “The State likes to enforce rules unless it’s not easy to enforce them, and then they want to throw them back on the county and say ‘well it’s your job to do it’ and then the county tries to do it, and they [the State] get in the way of the process again.”

It was a team effort for about the past year as Keith Kolasa and the county attorneys worked together to keep the process going, due to the roadblocks given by the State.

Commissioner Allocco made his frustration clear. “We try as a Board and this county… to work hard to do the right things for the community… this is just an example of the frustration and why everything takes so long and costs so much.”

Both Allocco and Kolasa agreed that there were going to be issues enforcing the new idle speed boat regulations. It can become increasingly difficult to enforce the rules when the problem is at its greatest- at the early hours of the morning.

Regarding the enforcement, Chairman Champion remarked, “Let’s just get it done and let the law enforcement figure it out. They’ll get it done. I have confidence.”

Kolasa continued to stress how difficult it is for boats to pass through the narrow channel at full speed and how it is a navigational hazard, without a doubt.

Kolasa had obtained an evidence package of pictures and testimonies from residents in the area.

“Upon approval we will re-submit the permit application and try to fast track it as fast as possible to get the signs changed,” Kolasa said in regards of what to do next.