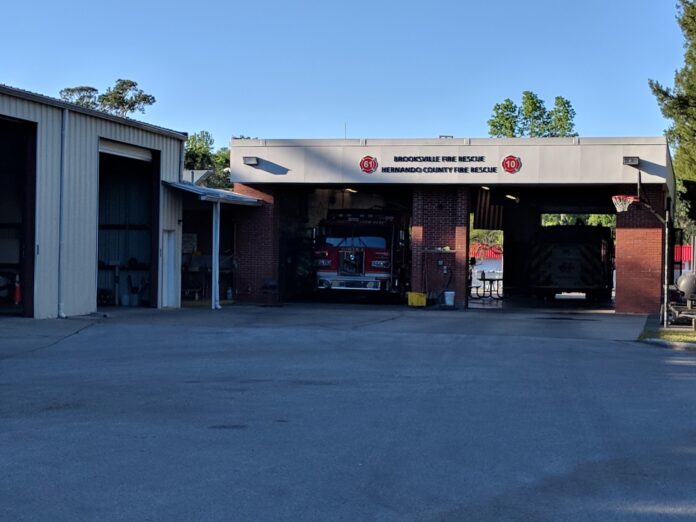 At the regular Brooksville City Council Meeting on June 18, 2018, after several months of discussion over the fate of Brooksville Fire Rescue, the Brooksville City Council voted 4-1 to keep the department in Brooksville, rather than pursue an Interlocal Agreement with Hernando County Fire-Rescue (HCFR).  The motion to approve was made by Vice Mayor Robert Battista, who said, “I’m not going to vote for it, but I’ll make the motion to start the vote.”   Mayor Betty Erhard seconded the motion to approve the Interlocal Agreement, but later rescinded after additional discussion and citizen’s comments. Council Member Natalie Kahler was the sole vote to approve the agreement.

Discussion began with Deputy County Administrator Jeff Rogers presenting the terms of the agreement.  Back at the dais, Battista opened the decision-making process, beginning with, “I find the entering into a fifteen-year agreement for an MSTU (Municipal Service Taxing Unit) to be a loaded gun at the city’s head … that could be disastrous for us.”  He also described that the transfer of assets, estimated at over $1-million as “a gift” for which the city receives nothing in return.

Battista continued,  “This service will be paid for by the … property owners, who will make their payments to the county … somewhere along the line of 1.6 and … 2.1 mils. That will be tax revenue taken out of the city, to the county to satisfy this Interlocal Agreement.  We also know that a number of residents will be paying more, some, twice as much as they’re paying now.”

Battista also mentioned that talented firefighters have left Brooksville Fire Rescue, largely due to salary and opportunity shortages, and not due to management or leadership issues. “Those are things we should have been taking care of, but we didn’t. So the cause is by the (City) Council itself, and I think the Council can fix those.”

Battista was concerned that giving up taxable money that could be used to fix the fire department, would constitute malfeasance, “I can’t vote for this.”

Interim Fire Chief Ronald Snowberger was hired by City Manager Mark Kutney roughly one week before the June 18th meeting.   Several area residents addressed the council, all in favor of giving Snowberger more than this time to do the job for which he’d been hired.

After listening to citizens’ comments, Council Member Joe Bernardini spoke first, addressing residents’ concerns by what Alan Garman termed, “a dismantling of our city.”  Reiterating Vice Mayor Battista’s explanation, Bernardini said he wants to “wait for the dust to settle” on the HCSO Interlocal Agreement, and also recognized the differences in the agency’s difficulties.

After more discussion, Erhard stated that she would not support “fire fees”, an escalation in millage based on the size of a home.  Before calling a vote, she called Snowberger back to the podium, and asked two questions, “Can you guarantee that the fire fees will not go up?”  Snowberger answered, “In this fiscal year? Yes.”  She then asked if overtime hours would be decreased, which Snowberger answered, “As we hire folks, absolutely.”