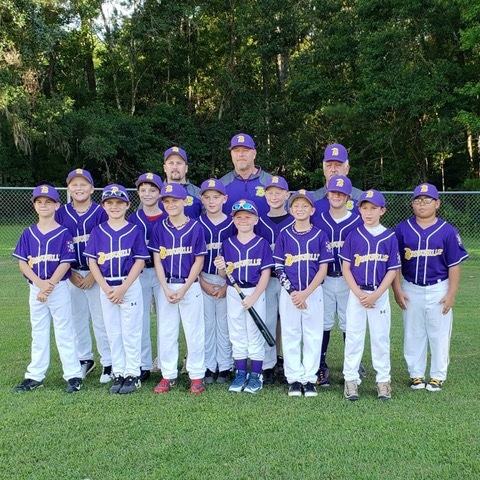 BROOKSVILLE – For the first time in many years, the Hernando Youth League’s All-Stars could be sending a host of teams onto states pending the results of a few contests this weekend.

Currently, Hernando Youth League has three divisions that are currently slated to be headed onto states, as the T-Ball 5 & 6-year olds, Rookies 7 & 8-year olds, and the Boys 13 & 14-year olds. HYL could also possibly have the Minors 9 & 10-year olds qualify for states as well, depending on the results of Saturday.

The T-Ball District 6 tournament started this past Saturday and the tournament consisted of five teams, which included South Lake, Wildwood, Temple Terrace, San Antonio and Brooksville’s first ever undefeated club. Brookville received a first round bye, which gave the team rest until the Sunday a couple weeks ago. The day prior to Brooksville playing in its first game, South Lake played San Antonio, with the latter winning the matchup.

Also on Saturday, Temple Terrace and Wildwood played as well, with the former winning on the day. Brooksville ended up matching up against nearby San Antonio, whom was also coincidentally hosting the tourney. Brooksville started off a bit rough and fell behind to a huge 16-0 deficit before scoring their first run, which helped jump start the comeback.

Brooksville’s bunch started getting some timely hitting and played some solid defense and got themselves back into the game. When it was all said and done, Brooksville completed the miraculous comeback and ended up winning 21-20 over San Antonio. On the following Monday, Brooksville faced off against Temple Terrace in a contest that saw a great all around performance.

The team had its first out of the park home-run hit by Colby DeVary, which ended up driving in two runs for Brooksville. The Brooksville All-Stars ended up defeating Temple Terrace 27-16 in the first of two matchups against the Tampa-area club. Tuesday night became the elimination game against Temple Terrace and DeVary led the way in Game 2, driving in three more runs and leading Brooksville to another 27-16 win.

It ended up coming down to the two rivals once again in championship game, pitting Brooksville against San Antonio. Gunner Sullivan managed to belt a home-run and drove in two runs for Brooksville, leading the club to a 33-21 win and a trip to the state tournament.