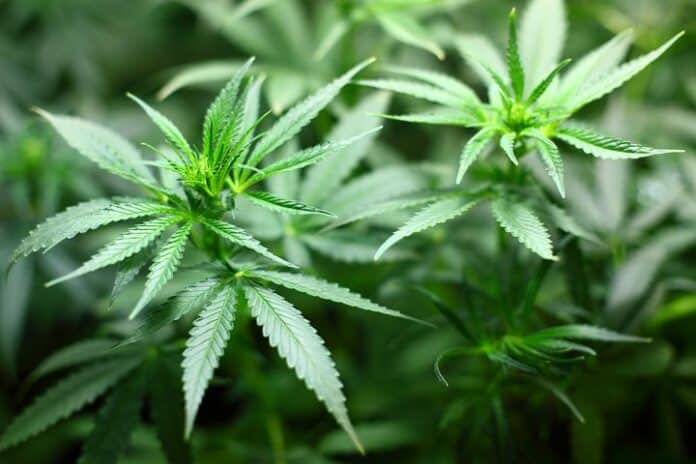 TALLAHASSEE — Chiding a judge who sided with sick patients and saying plaintiffs likely won’t win on the merits of the case, an appellate court on Tuesday refused to allow smokable medical marijuana while a legal fight continues to play out.

The ruling by a three-judge panel of the 1st District Court of Appeal came in a lawsuit initiated by Orlando trial attorney John Morgan and others who maintain that a Florida law barring patients from smoking their treatment runs afoul of a 2016 constitutional amendment that broadly legalized medical marijuana.

Leon County Circuit Judge Karen Gievers in May agreed with Morgan, who largely bankrolled the constitutional amendment, and plaintiffs in the case. The state appealed, touching off legal maneuvering that led to the appellate panel Tuesday issuing a five-page decision that effectively blocked Gievers’ ruling while the case continues.

“I respect the 1st DCA immensely, but no matter what, this goes to the Supreme Court, so why not now,” Morgan, who has repeatedly called on Gov. Rick Scott to drop the state’s appeal, said in an email Tuesday. “It is just a waste of time and taxpayer money. Cathy Jordan may die as this snails its way through the system. All of this proves why people don’t trust politicians. They know what they voted for.”

Cathy Jordan, one of the plaintiffs in the case, credits a daily regimen of smoking marijuana with keeping her alive decades after doctors predicted she would die from Lou Gehrig’s disease. Jordan, who grows her own pot, testified that smoking marijuana treats a variety of life-threatening side effects of the disease and that other forms of ingestion don’t have the same positive impact.

Gievers agreed with lawyers representing Jordan and the other plaintiffs. They contended that it was understood that the constitutional amendment allowed smoking, though it did not expressly authorize it.

State health officials, who answer to Scott, immediately appealed Gievers’ May 25 ruling, automatically putting her decision on hold. On June 5, Gievers lifted the stay, saying Jordan and Diana Dodson, a plaintiff who has neuralgia associated with HIV, would suffer without having access to smokable marijuana.

On the other hand, “there is no evidence the defendants (the state) will suffer harm if the stay is vacated,” the judge wrote.

“Lifting the stay preserves the status quo by returning the law to its previous state as it existed following the 2016 adoption of the constitutional medical marijuana rights” and before the 2017 law went into effect, she added.

But the appeals court Tuesday quashed Gievers’ decision to lift the stay and directly contradicted the circuit judge. Appellate judges Joseph Lewis, Lori Rowe and M. Kemmerly Thomas found that the plaintiffs “failed to demonstrate that they will suffer irreparable harm if the automatic stay is reinstated.”

Noting that a trial court may vacate an automatic stay only “under the most compelling circumstances,” the judges also scolded Gievers, saying “it was an abuse of discretion for the circuit court” to lift the stay.

Even more, the panel signaled bleak prospects for Morgan and the plaintiffs, at least as far as the appellate court — which also rejected a request to rush the case to the Florida Supreme Court — is concerned.

“Here, after the panel’s preliminary review of the wording of the medical marijuana amendment and the statute prohibiting the use of medical marijuana in a smokable form, we conclude that appellees (the plaintiffs) have not sufficiently demonstrated a likelihood of success on the merits as required to justify vacating the automatic stay,” the judges wrote.

In addition, the judges pointed out that the amendment provides that “(n)othing in this section shall limit the Legislature from enacting laws consistent with this section.”

The judges noted that Gievers and the appellate court also have been at odds in a separate lawsuit filed by Tampa strip club owner Joe Redner, a lung-cancer survivor who wanted the state to allow him to grow his own medical marijuana for juicing purposes. Gievers sided with Redner, but, as in the smokable marijuana challenge, health officials’ appeal put her ruling on hold.

The appellate court in Redner’s case, mirroring Tuesday’s order, upheld the automatic stay, deciding that he had little chance of winning on the merits of his case. And the appeals court also refused to speed up his case by moving it to the Supreme Court.

The legal tangle over whether patients should be able to smoke marijuana — one of at least eight marijuana-related legal or administrative challenges about the state’s burgeoning cannabis industry — is also playing out on the political stage in Florida.

Morgan, a political rainmaker who supported Hillary Clinton for president and who toyed with the idea of running for Florida governor as a Democrat or an independent, has framed smokable medical marijuana as a make-or-break issue in Scott’s general election contest against incumbent U.S. Sen. Bill Nelson. Nelson has also come out in support of allowing patients to smoke medical marijuana.

“This is not surprising and why it should go to the Supreme Court now,” Morgan tweeted Tuesday, referring to the 1st District Court of Appeal order. “It’s not a matter of if but when. So why waste taxpayers money. Vacating a stay is impossible. This issue will haunt @FLGovScott in November when his ‘stay’ will be over!”