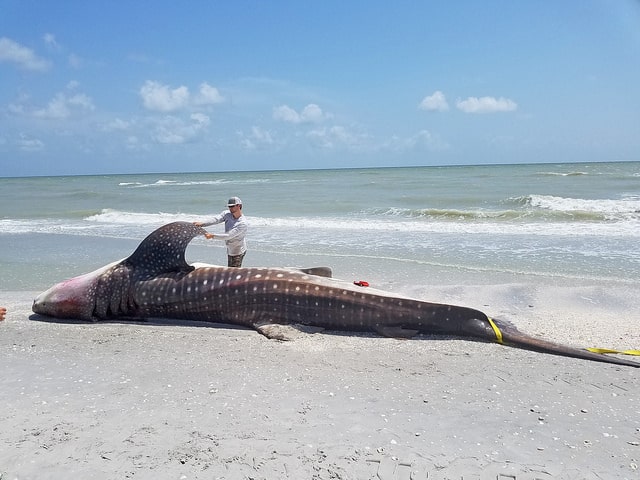 Although, it is normal for red tide to be found off Florida’s southwest coast, the intensity, size and duration of the current bloom is notable. Red tide effects on humans is usually burning eyes, a dry cough, and difficulty breathing.

The Florida Fish and Wildlife Commission reports that red tide was responsible for killing fish found in Pinellas, Manatee, Sarasota, Charlotte, Lee, Collier and Monroe counties. Some of the species of fish being killed are assorted baitfish, grouper, trout, eel, snook, and tarpon. In addition to a large fish kill, the red tide has also killed dolphins, manatees, sea turtles, and even a whale shark which washed up on Sanibel Island. This week a manatee injured by exposure to red tide was rescued and taken to SeaWorld Orlando for rehabilitation.

The FWC reports that current bloom has been observed since November. This is not the first time there has been an intense red tide according to Tracy Fanara, a staff scientist and program manager at Mote Marine Laboratory & Aquarium in Sarasota, from 2004 to 2006 there was an 18 month red tide bloom.