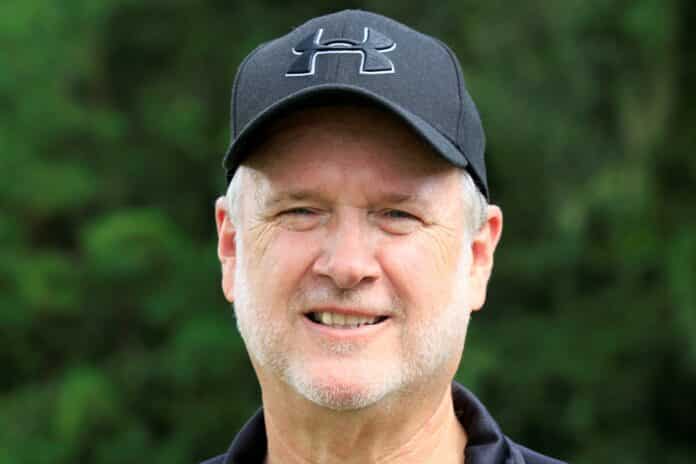 While public schools can acquire a variety of football talent for their team with a 55 player roster, private schools are typically more limited.   Hernando Christian Academy begins their 2018 season with 13 players on the roster, down from 22 last season. Because of the smaller roster size, it wasn’t clear if HCA would even field a team this year.  However, a ‘Hail Mary’ solution came in the form of 6- man football, a necessary cut from 8-man football last year.

During the Great Depression in 1934, football had a strong presence. Stephen Epler, an assistant football coach in Beatrice, Nebraska, developed an alternative means for smaller high schools to play football by creating a team designed for a less than 18 man roster by developing the six-man football. By the mid 1950’s the game peaked at its highest popularity reaching over 5,000 schools across the country.  Six-man football is a fast-paced, high energetic game played on 80-yard-long by 40-yard-wide field with all six players eligible to be receivers.

This year will mark Coach Raley’s 10th season as head coach for the Lions.  In 2008, he led the Lions to an undefeated season and they were the powerhouse in the district.

“That was a very special time of year in our lives,” Raley said.  Then in 2016 with only 18 players on the roster, the Lions took home the district championship with a 10-1 record overall.

“We entered into this year knowing it’s going to be a rebuilding year,” Raley said. “I am hoping we can string together some wins.”

Mike Drummond started coaching varsity boys’ basketball in 1994 and became HCA’s athletic director in 2005. He has seen firsthand on how the football team has shared their moments, both in victory and in defeat.

“We started football in 2004, that was our first year ever to have football. And back then we didn’t know there was an alternative league for six or eight-man football,” Drummond said. “We played 11-man football through 2010 and in 2008 we were only the second team in the county to go undefeated.”

As the economy suffered in 2008, so did the Lion’s roster.

“In 2008 we had the economic crunch, 2009 comes and we had a mass exodus of athletes,” Drummond said. “It was an unfortunate situation that we were in, so we decided to keep going with the 11-man football for a couple more years but then it got to the point where we realized that we had so many middle schoolers playing, it was brutal.”  The team reached the point where they just couldn’t sustain 11-man.

Along comes a shining light for HCA’s determined and dedicated football program. The Florida Christian Association of Private and Parochial Schools, (FCAPPS), Commissioner Chuck Howard reached out to Mr. Drummond.

“I was a little concerned that our parents were not going to go for it, ya know, six-man football, “Drummond said. “We had a parent’s night over the summer (2017) and Commissioner Chuck Howard came in and did a nice presentation.”

“For us this was a lifesaver because obviously with the economic downturn and having the economy going up and down- the enrollment was doing the same thing,” Drummond said. “Our intention was always to go back to 11-man football, but we haven’t gotten there yet.”

It was a visit to a Texas high school football game that inspired FCAPPS Commissioner Chuck Howard, a retired Clearwater police officer, to offer something more for smaller schools. Six- man football was the only type of football played in that area.

Before then, Howard explained,  “I never heard of six-man football- I was impressed.”

Just a year before retirement, Howard, came up with the idea of starting a six-man adult football league- Florida Six man Football Association (FSFA) in 2003 then later formed a league called Florida Christian Association of Private and Parochial Schools (FCAPPS) in 2006.

“I see this program helping smaller schools and helping those athletes to do something they love,” Howard said. “It’s something that I think is going to grow.”

It has certainly helped HCA’s program. When a six-man team dropped out of the FCAPPS league earlier in the year, an opportunity arose for the Lions to participate.

“By the grace of God, we got into FCAPPS, we are able to play and go forward with our season and we are excited to be able to do that.  Football is the driving force behind your entire school… It’s Americana!” Drummond expressed.

“It’s what you do on a Friday night and we want to give our kids the opportunity to be a part of that. That is the drive that keeps us going… we are going to do everything we can to keep football going here,” Drummond said.

He added, “If FCAPPS wasn’t here, if this organization didn’t reach out to schools like ours, we wouldn’t have football.”

On the field, the Lions are back to re-establishing the triple option strategies with team leaders Senior Deonta Judd and Sophomore Evan Klukowski. Having players with drive and multi position experience provides the team with the endurance and motivation to carry forward. With new, younger players on the roster, this gives the the coaches an opportunity to mold and fine tune their skills.

“You don’t quite know what you are going to get until you get it, and it has served us well for years,” Raley said.

For Senior Deonta Judd the goal is the championship win.

Coming in as starting quarterback, sophomore Evan Klukowski has some big cleats to fill.  His predecessor Joe Jackson led the eight-man team to an 8-2 overall for the 2017 season and according to Florida Christian Region 2 (8 Man) Football Standings, HCA ranked in the No. 2 spot.

“Start rebuilding for future years,” Klukowski stated as a goal to begin the season and added, “To build, grow and get bigger as a program and a team.”

There is inspiration for those that play six or eight-man football in high school. Jack Pardee began his football career in high school as player on for a six-man team in Christoval, Texas, where he excelled to become an All-American linebacker at Texas A&M University and two-time All-Pro with the Los Angeles Rams in 1963 and the Washington Redskins in 1971.

Known as the “meanest man in football,” that is in a good way; Ed Sprinkle from Bradshaw, Texas played six-man football at Tuscola High School in 1939. In his NFL career in 1944-1955, Sprinkle played for the Chicago Bears.

And just recently the Tampa Bay Buccaneers added Nathan Bazata to their 2018 roster, who played eight-man football at his high school in Howells, Nebraska.