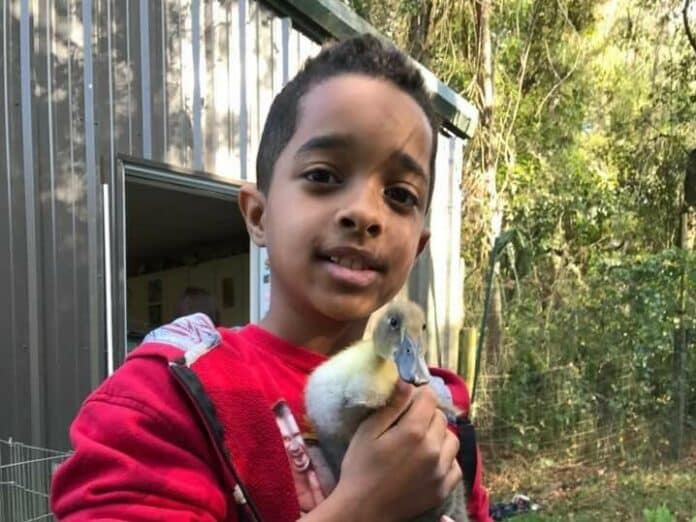 “God puts rainbows in the clouds so that each of us – in the dreariest and most dreaded moments – can see a possibility of hope.”   – Maya Angelou

Spring Hill, FL– Wildlife Warriors is a global movement founded in 2002 by the renowned Irwin family- Steve, Terri, Bindi and Robert. Australia Zoo Wildlife Warriors was created as a way to include and involve other caring people in the protection of injured, threatened or endangered wildlife. Steve Irwin, also known as the Crocodile Hunter, was an iconic figure on television screens everywhere until his unfortunate passing in 2006. Today, with nine global conservation projects, three vast conservation properties, and a loyal following of global donors and supporters, Wildlife Warriors continues to save wildlife and carry on Steve’s dream to “save one, save the species.”

Animal Planet is watched by many viewers- many of them young. However, out of all the young people that watch that channel, there are not many that actually take action to what they see. One evening, while watching a program, eleven year old Mason Johnson, saw an advertisement for the Wildlife Warriors.

“Could we look into that?” He had asked his mom, curiously.

Jennifer Johnson, grateful for her son’s bright and inquisitive nature, sat down with Mason in front of their computer and researched more about the program.

Soon after, Mason Johnson had begun his own Wildlife Warriors branch in Hernando County.  At only twelve years old, he is in charge of organizing clean up events throughout the county for everyone to participate in. He also does educational presentations to raise awareness and get kids involved, taking Steve Irwin’s quote to heart: ‘If we can teach people about wildlife, then we can save it.’

Mason’s next presentation is on October 17th for ages 8-17 and will be featuring Rita King, a former Weeki Wachee mermaid and legendary siren. King will be speaking on the alternatives for fertilizers to prevent pollution while Mason will be speaking about upcoming volunteer opportunities and ways to get involved. The presentation will be held at 10 am at the Spring Hill branch library for those interested.

On Saturday, October 6, 10AM  there will be a volunteer opportunity to help Mason pick-up trash at the Weeki Wachee Preserve.

Mason also encourages and loves to volunteer for the Humane Society where they have a variety of kids programs, as well as animal rescues, and the Golden Rainbow Ranch where he works with therapeutic animals. Mason’s love for animals was rooted at a young age through his aunt. His mother’s sister owned a reptile shop full of unusual animals such as a chinese water dragon, Savanna monitor, a bearded dragon and tarantulas. Mason has bottle-fed baby raccoons and squirrels and, unlike most people these days, has a love of spiders of all kinds.

Recently, the twelve year old was given the opportunity to shadow a Wildlife Ranger at Weeki Wachee Springs State Park. Doing something like that, as well as continuing to be the founder of his local Wildlife Warriors, helps Mason grow closer to his lifetime goal of becoming an Environmental Engineer.  According to enviromentalscience.org, an environmental engineer is “the branch of engineering that focuses on protecting the environment by reducing waste and pollution. Environmental engineers design, plan, and implement measures to prevent, control, or remediate environmental hazards. They may work on waste treatment, wastewater treatment, site remediation, or pollution control technology.”

“He’s very outgoing,” says Jennifer Johnson, of her remarkable son. “If we are out and someone throws something on the ground he won’t hesitate to walk up to them and tell them where the trash can is.”

The other day, Mason and volunteers collected thousands of cigarette butts from St. Pete Beach which amounted to a total of 527 pounds of trash. “It was disgusting.” Said Mason’s mother. “If there is something Mason can’t stand more than anything, it would have to be littering. It is especially common in our area.”

Recently, Wildlife Warriors, led an event named “Hands Along the Water” which took place on Sunday, August 12, 2018. Mason organized the Hernando County portion of the state-wide event held to stand against Red Tide which has swept throughout Florida’s beaches wreaking havoc on our ocean animals and plants. At 10:15 a.m. everyone that showed up for the event held hands and raised their arms as an expression that everyone is standing together for clean waterways.