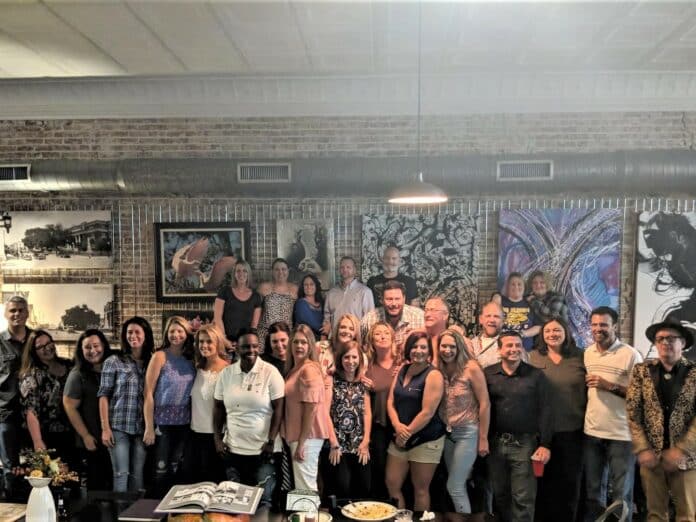 The 25 year reunion for the Leopard’s class of 1993 was held at the Bistro in Brooksville last weekend. Rocco Maglio, co-founder of The Hernando Sun was a graduate of the Hernando High class of 1993.  There are a handful of his classmates that remember his underground and unsanctioned high school newspaper “The Rebellion” and one classmate even still has an issue. They weren’t too surprised to hear that Rocco has a real newspaper now.

Two teachers from that time who happen to be talented musicians, Joe Solomon and Bill Creel, provided the music. Joe taught geometry from 1978-2000.  Bill taught physics. The pair played hits from the 80s and 90s and didn’t happen to leave out ‘The Electric Slide.’ Kellie Hobin brought her old yearbooks for classmates to peruse.  Many of the students have known each other since primary school. Several attended Moton Elementary before it moved to its current location. They recalled teachers they were fond of and classroom antics.  For one evening, their school days were upon them again and Jen O’Connor couldn’t help but get nervous when Mr. Solomon walked by, afraid he’d pick on her to answer a question!

The week of Sept. 17- 22 was Homecoming for Hernando High School. The Hernando High Class of 1993 and 1983 held their reunions that weekend. The oldest alumni present at the Homecoming football game was honored during halftime – she was a member of the class of 1955.