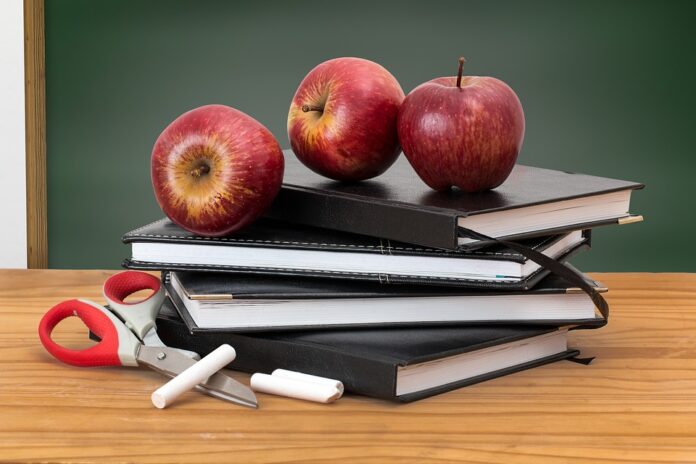 Susan Duval reported that she may have given “an inaccurate response” in a recent meeting when asked about beginning a search for a permanent superintendent.   According to Duval, the board agreed to begin a search for a new superintendent, who would not have been selected until after the November swearing in of the new School Board members.

Reviewing the minutes, Duval said that the board moved to begin a search for a new superintendent, the position currently held on an interim basis by John Stratton.  The job posting or call for applicants has not taken place yet.

To answer Beth Narverud, who said that seeking applicants early would be more advantageous for the board, Chairman Mark Johnson said, “If you remember … there would probably be better results if we waited until after the new year applicant pool because you won’t get any (applicants) in the midterm.”  Johnson indicated to Interim Superintendent John Stratton, seated to his right.  “My next question is very simple… you don’t like the job John’s doing?  If John’s doing an adequate job, if he’s a good superintendent, why would you even consider a search?”

“Because we owe it to our community,” Duval said.

Johnson, who will be leaving the school board said he will support whatever decision the board makes, “I just think you’re jumping into it, you should give (Stratton) a chance, review the results that come back.”

Duval maintained that it’s not improper to post the job and accept applications, as Johnson went on to say, “It derails (Stratton’s) administration.”
Beth Narverud also disagreed with Johnson.  To Stratton she said, “And I do think you’re doing a fine job.”

The board deliberated on the administrative process that should follow, during which Gus Guadagnino said, “Let’s forget about the process … let’s talk about the human aspect of all this.  … We’ve got someone to step up into leadership, and we’re not giving him the proper amount of time to justify whether he is a good leader or not.   It’s not that everything is crumbling and we need to act fast.  This is almost bizarre.”

Guadagnino expressed his concern about the optics from the perspective of a new applicant.    “How can anyone apply for this job knowing that we had someone in the position who hit all the deliverables, but we got rid them, then we got someone to step in … and now we’re thinking of getting rid of them?  How crazy are we going to look?”

Linda Prescott also agreed on deferring the hunt for a new Superintendent bringing the consensus to 3 for deferral.