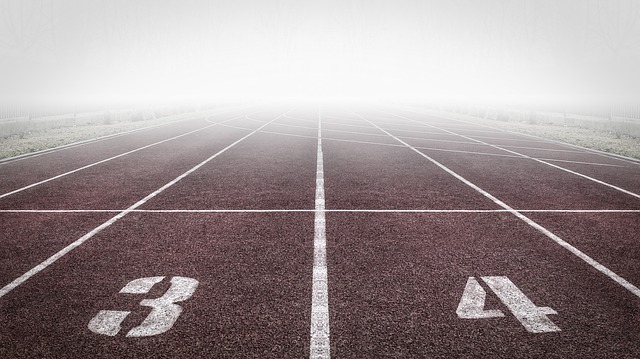 Please not that this is an abbreviated list of citizens comments

Kathy McKeen, who owns the Riverside Restaurant in Nobleton spoke to the commission about changing the current noise ordinance to require a decibel reading in order for law enforcement to issue a noise citation, rather than only receiving a complaint of “loud noise.”  “We have one person in our tiny neighborhood who calls (Hernando County Sheriff’s Office (HCSO)) every time we have a band.  We have received so far, three tickets totalling over $400.”  McKeen explained that since there is only one person calling in a complaint when the establishment is hosting a live band, that she believes it’s a “personal vendetta.”

McKeen told the BOCC that the band at a neighboring restaurant, River Ratz, was still able to be heard after Riverside was shut down on the weekend of October 27 due to another noise violation. McKeen said, “We could sit on our patio, and listen to (River Ratz’s) music all the way down the street.”

She also stated that the live band at Riverside plays from 3:00 PM until 7:00 PM.

Rex McKeen spoke after his wife, and offered to leave a decibel meter with the board to examine.

BOCC Chairman Steve Champion disclosed to the board that he’d spoken with the McKeens and the owners of River Ratz.   Champion stated that there are two separate ordinances that tie-in to the noise ordinance, but that enacting a decibel-level as a determination would remove any subjectivity from the deputy issuing a citation.

Gerald Barda asked the board to explain the recent tax increase on his property.

Hernando county resident Ronald Ray identified himself as a musician who has witnessed Riverside’s early closure.  Ray said, “When we were setting up … we could clearly hear the band over at River Ratz.  It’s about equidistant from this man’s house who keeps making the (noise) complaint.  He never calls to complain about (River Ratz), it’s only (Riverside).  It’s affected the workers that work there … We got put out of work.  I also feel that without a more clear-cut and defined way to address the noise ordinance, i.e. the decibel meter, it’s just too open-ended.  Every time this guy calls, it’s a waste of resources.”

Joe Bruno of Spring Hill sought answers during the comments segment.  Bruno reported that in In March of 2014, he experienced flooding in his home, due to an alleged county issue. He was told by then supervisor Darrell Ross that “The county will take care of it.”  He told the BOCC on this date that he has not received reimbursement for the $26,816.78 he spent to repair his home.
Bruno also stated that he filed a lawsuit, however proper procedures were not followed, and the suit could not continue.

Charles Greenwell spoke about the Riverside issue.  Greenwell, who is an attorney said he was surprised that tickets were allowed to be issued to the establishment, since the enforcement of the law without an objective standard would be deemed unconstitutional.

Two of Rita and Dana Gerard’s daughters appeared before the board to ask for an exception to the zoning department’s interpretation of a “single family detached home.”   The family wishes to attach a mobile home to one already on the property by way of a breezeway.   According to the family, the zoning department said the structure would be possible, however a mobile home is not considered a single-family home.

Commissioner Wayne Dukes also didn’t understand the determination, and stated the issue may have to be included on a future agenda.

Commissioner Wayne Dukes began the response session by addressing the noise ordinances affecting the McKeen’s Riverside restaurant.  Duke’s said the issue has come up several times over many years.  “I’m not going to name names because they’ve all retired.  The county’s decibel machine didn’t work.  And nobody had funding to fix it, and there was one in a couple of different departments.  So, I think we’ve failed.”  Dukes added that he agreed with Greenwell, “If we didn’t follow procedures, I think we should reimburse them, I really do.”

BOCC Chairman Steve Champion and Commissioner John Allocco did not specify the exact language, but both said that there are two opposing ordinances;  one that pertains to noise level only, which is to be based on an decibel reading, and another that specifically deals with noise levels at establishments that serve alcohol.  It is that ordinance that leaves it up to the discretion of the deputy responding to a complaint.

Allocco said, “Subjectivity is nice at some level, but when you’re fining people, and you’re talking about impairing people’s business, and frankly, someone in their home.  Why should it make a difference if it’s an establishment that’s serving alcohol? … This ordinance is singling out a specific genre of business, and it should be consistent.”   Allocco stated that he’s personally dealt with noise issues along Cortez Road that have been dealt with differently, and a decibel meter was used, and the outcomes were different.

All commissioners expressed agreement with streamlining the ordinances and removing any subjectivity.

Commissioner John Mitten added that there are applications (“apps”) that can be installed on a modern smartphone, which can measure decibel levels.
The commission agreed to defer to the legal department to sort through the language and propose any new ordinances at a future meeting.  Also to be considered on a future agenda is reimbursement of those affected in the manner that Riverside has been.

County Administrator Len Sossamon reported that county staff will need to be brought into the discussion. Since they were told that a mobile home is not considered a single-family home, Sossamon said, “I’m not sure if that’s the correct interpretation or not.”
Deputy County Attorney Jon Jouben added that there is a process in place that addresses  challenges to interpretation of the county code. The family representatives were referred to Chris Linsbeck with Zoning and Code Enforcement, who was in the audience, indicating he could provide assistance.

Regarding Joe Bruno’s issue with reimbursement from the county for flooding allegedly caused by a sewer backup, Jon Jouben stated, “The county prevailed in the lawsuit by summary judgement.  The time period for appeal has not yet lapsed, so I strongly advise the board not to discuss this matter.”

Financial Services Director Amy Gillis reported in place of Don Barbee.  The purpose of their appearance before the board is to answer any questions arising from the written report supplied to the board.

Jim Davis is the Extension Services Director for University of Florida’s IFAS (Institute of Food and Agricultural Sciences) provided updates from the UF/IFAS program serving Hernando County.   Davis spoke to the board about common grass problems and management.

2. Acceptance of Federally Funded Grant Through Volunteer Florida, State Division of Emergency Management for FY 2018-19 Community Emergency Response Team and Associated Budget Resolution.  This is a $5000 reimbursement grant agreement, with the county providing an in kind match.

3. Final Plat for Villages at Avalon Phase 3B2

5. Intent to Fund Agreement With State Department of Financial Services for Fire Station No. 6 Renovation Project- it is a reimbursement grant agreement for $1.2 million. An an additional amount of $300,000 in local funds (HC Fire Rescue funds) will be used for the project.

BOCC Chairman Steve Champion educated the public on this item.  When taxes become due on a property after two years, the property goes to auction.  If no one bids on the property, it belongs to the county.  “We don’t like to own so much property,” Champion said.  The general public can view the properties on this list, which have starting bid prices equal to the amount of tax that’s owed on the property.
The properties are available here:
https://or.hernandoclerk.com/TaxSmart/

11. Resolution Recognizing Carol and Frank Morsani for Contributions to Hernando County
Commissioner John Allocco spoke of the Live Oak Theatre benefactors. Originally from Tampa, “The Morsanis have given back to every community they’ve lived in.”

When they stepped up to help the Live Oak, Allocco said, “I love the way they did this.  (The Morsanis) said, ‘We’re going to give you money, but if you don’t match it, there’s nothing else coming.’  And (the Live Oak) community got together and raised and equal amount of money.   Then the Morsanis followed up and doubled their original gift to the community.”