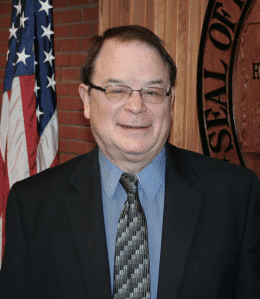 Judge Kurt Hitzemann ended the seven-month matter on Thursday, in which (suspended county commissioner) Nick Nicholson was initially charged with two counts of purchasing the services of a prostitute and one count of maintaining a place for prostitution.  Nicholson entered a plea of nolo contendere (no contest) on November 16, 2018.  Hitzemann formally withheld adjudication, and required Nicholson to pay $729 in court fees.  All three charges were misdemeanors.

Nicholson’s trouble began in February 2018, when Hernando County Sheriff’s Office (HCSO) deputies responded to his address in response to a domestic violence call.  Deputies found Nicholson’s housemates, Kendel and Valerie Surette involved in an altercation in which Kendel was charged with Domestic Battery against Valerie.  It became evident at that time that Valerie Surette was involved in a relationship with Nicholson, as well as other individuals, that led to the charges against Nicholson.

Shortly after his arrest in April 2018, Governor Rick Scott suspended Nicholson from the Board of County Commissioners.
Nicholson was unavailable for comment at the time of this writing.