If you don’t know what it is, keep it! 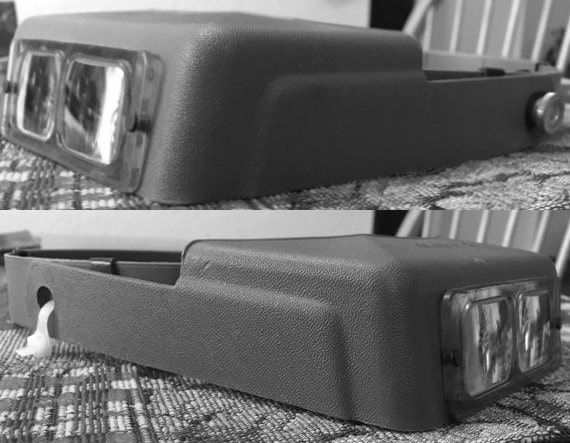 My daughter, Ricochet, started accusing me of being a hoarder.  I pointed out that I did not have stacks of newspapers and boxes and tubs of old junk sitting around on the floor of my house, but she insisted that I held on to too much stuff.  How she knew what stuff I kept in my closets and drawers, I didn’t understand. But eventually I realized it was all a ruse. She was distracting me from catching on to the reality that she was hoarding her stuff in my garage.  She is the hoarder. She just isn’t hoarding in her own house!

Oh, she doesn’t save piles of everyday accumulations, no detritus of weekly mail and shopping.  Her hoarding is mainly seasonal, the decorations of Halloween, Fall, and Christmas, tubs and tubs and cardboard boxes and bags of the stuff, and mixed in there are containers of memorabilia from when her kids, my grandkids, were younger, from last year’s sneakers to the knit caps the nurses put on their heads to hide their elongated skulls when they were fresh born.  Good grief. I still have a few things from when my kids were babies, but not tubs of it. And I know from being presented with various items from my post-toddler years by older family members that I am not really interested in reliving what I wore back then or what my fingers made with poster paints. I am mostly concerned with today and all tomorrows.

But I have cleaned my office now and then.  I’ve donated hardbacks and perfect-bounds that I will never read or read again, tossed shirts and pants that were burned by sparks from tobacco and coals or thinned by washing, dumped a box of keys to other houses and old cars and lost locks, emptied a binder of instructions for equipment I’ve discarded, like my first VHS VCR, a 5.25-inch floppy drive, an antiquated digital camera, old programs and games, and things like carpet cleaners, space heaters, and fans.  There were a lot more: my three-ring binder was bulging with everything I ever bought since 1978. And lately I tossed the bits and scraps of Exwork. But those were all things I knew about, things I recognized. What I should never do is throw away anything I can’t identify.

About three years ago I was digging a hole for my wife’s garden and cut through our internet cable.  I rushed to Exwork and found what I needed, by the label, and immediately realized it as something I had tossed two months previous while I was cleaning out my green box of excess odds and ends, like miniblind holders and curtain rod hooks.  Why I had a coax coupler, I do not know. But I had it, and I tossed it, and then I needed it. (I would have bought a new one anyway, not knowing I had it…and that’s how I accumulate duplicates and more.)

And it’s happened many times, dropping a thing-a-ma-bob in my trash can, adding a whatcha-call-it to a bag of shredded documents, and then a week or thereabouts later I came across what they belonged to.  I don’t recall what all they were, various cords and devices, but the regret is a stinging, ghostly memory.

What recently really stung was when earlier this year I threw something away that five days later I knew what it was, and you can’t buy a new one.  I had plucked the thing out of my top office drawer a few times over the months and looked at it, but I couldn’t remember its purpose. It was a light-weight (aluminum) nut with a wide top and narrow base, and the inside was threaded.  I examined it closely every time, but it was a thing alien to me. Not knowing where it came from, I finally tossed it during one of my purging of things in my bowls. (I have square bowls in my drawers, in which I keep things separated.)  The following weekend I needed my loups to see inside my grandkid’s game controller, which had stopped working because I stepped on it when I was at his house visiting. (Why was it in the middle of the living room floor?!) I dug my loups (a headband with magnifying lenses) out of my drawer, and discovered it was missing the right nut.

I felt pretty stupid, and still do forever.  I had used that type of headband for forty-four years, and not once did I ever observe the method by which I tightened the visor.  I secured the right side with a zip tie, and that’s how I have to wear it.

I now have an absolute rule, for me and everyone: If you don’t know what it is, keep it!