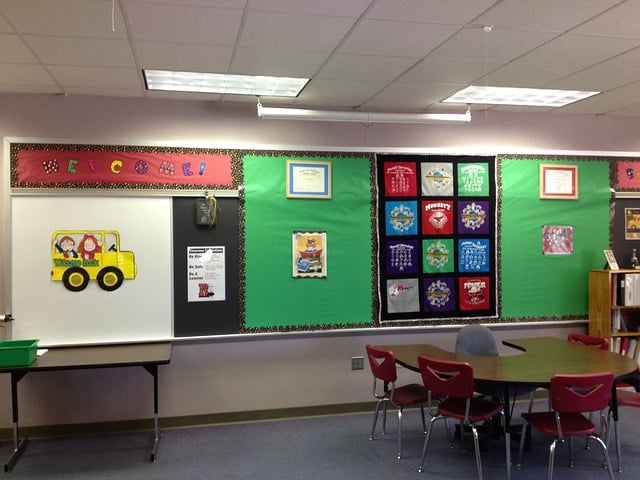 Board chair Susan Duval opened the meeting and said she would allow everyone time to speak, but not necessarily in order. Linda Prescott was first to turn on her light.

Discussion on Committees and Communication

At the organizational board meeting, the members selected their committees. Prescott suggested that with all the committee meetings, it would be a good idea to brief each other on the general topics discussed, possibly by way of a report.

Duval agreed and recognized Gus Guadagnino. Dialogue is important, he agreed, and suggested email as a method of keeping members informed rather than spending hours it might take during an already lengthy board meeting. Kay Hatch gave her support, saying it would benefit all of them.

Duval asked Superintendent John Stratton if they could have a meeting schedule. Stratton said some have regular meeting times and others are less frequent. Having that information, Duval said, would encourage them to expect a very brief update at a workshop where they could take time to discuss any business related to that.

School board attorney Denis Alfonso stated that the transparency they were offering is important. Using time at the school board meeting which is supposed to be an “action” meeting, may end up taking too much time. Duval thought Alfonso’s initial recommendation of the informal meeting as the best setting would be too infrequent, but he amended it to include the other meetings, so that it was spread out.

Publishing the meeting schedules on the school board website would avoid an appearance that board members were in breach of the Sunshine Laws if they attend a committee meeting at the same time (even though only one is seated on the committee).

If the meetings were confidential in nature, they could be designated “staff discussions” rather than open to the public. Because the notice is in the open and published, there is compliance with Sunshine Laws since the public can contact committee members with concerns or input. Reports from certain committees will have to be general, if pertaining to security, student-specific issues, etc.

Guadagnino commented that staying focused during meetings is an issue. Distractions make the board lose a sense of purpose, when everything should be about the students. “We all bring a different value to the table,” he said, and a good team talks and makes use of the assets it has, something that has been lacking.

Creativity is limited by the setting, because the school board functions differently than “real world” meetings and discussions must be about district issues, but the informal meeting gives them the forum to be less restrictive, since no action is needed. They just discuss and interact.

That is where Guadagnino sees room for improvement in what he described as board development. To make the district better, the board must interact better in order to become a unit, working together with the same purpose, toward the same goals.

Jimmy Lodato thinks the community interaction and support could be improved. Passing the half-cent sales tax showed the community excitement and dedication for the district. He suggested an interlocal meeting with the BOCC and Brooksville City Council, so they can solve problems together, with quarterly follow up meetings. Standing together would increase the likelihood of obtaining more funding for the school district, he said. “Let’s start speaking on positives and see what we can get working together to get this done.”

Hatch agreed, stating that becoming a unit as Guadagnino suggested will increase their effectiveness in working with those outside the school board. So that is the first step.

Lodato came back to Duval’s suggestion that the committees needed school board representation. Reporting on committee meetings will open discussion, increase effectiveness and will bring them to the next phase of solving problems.

Duval acknowledged Guadagnino’s position that the board needed to become a unit. She asked Guadagnino for his ideas on resolving the problems he identified. Communication and collaboration are key, he said. Duval offered the option to have an informal meeting twice a month, before every workshop, if schedules permit. The other board members agreed to this.

Guadagnino said the board owes it to the community to do what is necessary to reach their goals. Not everyone in the county is motivated toward excellence, but are “satisfied with mediocrity,” he said. The board must demonstrate that children are the priority, even down to the aesthetics of the school building. Getting re-elected for another term to demonstrate more mediocrity should be over.

“People feel the same way you do,” Lodato agreed, because of credibility. They came together to get the Half-Cent sales tax passed, but first they lost the Penny for Projects campaign. Duval’s continual monitoring and questioning of how or why the money is spent is an example of building credibility, of being a responsible leader.

Looking forward to the next ten years, Guadagnino sees financial challenges for the district. “We’re going to have to be courageous to do what is necessary to get it done,” Lodato responded.

At the Florida School Board Association meeting, Prescott said she attended workshops and networked. Having long-term substitutes to fill staffing needs is a concern, but the substitutes also have concerns about the long hours for the $9/hour they receive. Now, there appears to be a shortage of substitutes because they are being hired as instructional staff.

While retired teachers can return as long-term subs, it does not solve the problem, Prescott said. Retention of current teachers is very important. Without aggressive recruitment and marketing, the shortages will only increase. It’s an issue that extends beyond Hernando County.

The lobbying platform includes the need for three more elementary schools and support for vocational education. But the schools will be empty buildings unless there are teachers for the students. Finding answers will require creativity and hard work from many people.

At the beginning of the year, 70 positions were open. As of the meeting date, Stratton said they are still short 40 teachers, and some positions, such as speech pathologist, are still posted. When they gain teachers, they lose others. A long-term substitute in the classroom means the position is still open.

A workshop on teacher and student absenteeism led Prescott to ask about Stratton Hernando County’s absences. Teacher absences across the state have been higher this year. Stress is one of the reasons; working two jobs to make ends meet is another. She shared that some states are incentivizing perfect attendance in the educational staff by giving bonuses or gift cards, while others insist the teacher write a check to pay for the substitute.

“Until we understand…that our children are our resources, teachers will never be paid professionally what they’re worth,” Guadagnino said. Prescott agreed, citing that Florida ranks 45th in teacher salaries.

The Hernando County Teachers Association will be meeting with Stratton and staff for two main purposes: (1) to discuss the teacher/student absences, and (2) recruitment/marketing for new teachers as well as retention of the teachers the district has. Salaries across the board need to increase, Stratton agreed.

The board members discussed approaching student absenteeism from another angle – the students. Ryan Bradley, student representative to the school board, was invited to share her ideas. Students love rewards. Incentive programs were effective, Bradley said, but according to student delegates she has met with, this year most were cut. According to Stratton, the incentive programs remain in place, but they can change over the years or with a change of administrator at the school.

The district’s policy of giving students ISS for excessive tardies is one reason for the rise of absenteeism. They would rather stay out of school than be late. Being on time is a life lesson Duval sees as important. Too many absences have a negative academic impact. Reasonable guidelines and expectations are necessary. “Ninety-nine percent of our kids will meet those expectations,” Duval said.

Guadagnino expressed dissatisfaction with the 360 assessment for the superintendent. While it may be good in some fields or scenarios, it is inappropriate to use in evaluating an individual because so much depends on the personality or experiences of the one giving the evaluation. Guadagnino recommends giving Stratton a one- or two-year contract. Having a history with the county and understanding the needs of the district is a benefit which would be lost by bringing in someone from outside the district, he said.

Duval and Guadagnino agreed to disagree about the evaluation. To Duval, it is a good self-improvement tool. Employees share their opinions and insights which help the superintendent see trends in how he/she is perceived or if he/she is effective. It was beneficial to her as a principal and helped her see areas which needed change. Lodato stated that for the board members, every election is an evaluation.

Prescott referred to the 360 assessment and conversations with USF personnel which recommended an internal promotion to superintendent, and asked Alfonso whether that was a feasible option.

The 360 assessment is designed to evaluate the occupant of the superintendent position, not the person as an individual. It looks for trends over time, Alfonso said, but it is just one tool. The board can determine the scope of the search and the criteria an applicant would have to meet, he said. With information from staff, they can also determine if they want to devote hours of staff time to select a superintendent internally as opposed to hiring the FSBA to search for and select an appropriate list of applicants. Or the board can state they are satisfied with Stratton and offer him a contract.

The board members debated the options, stating that Stratton has done well in the interim and the community finds him approachable. The one-year contract with Stratton ends June 30, 2019. With six months to find his replacement, the board needs to decide the direction and process for the search.

The nature of the informal meeting, Alfonso said, allows them to reach a consensus. However, the board can only act or direct staff during a published meeting where the public can respond.  If the board decides to look outside the district, or even past Stratton, “You might as well erase the whole program of ‘Grow Your Own,’ ” Guadagnino said. “Because it just doesn’t hold water anymore.”

Alfonso reminded the board of the length of time the process will require, including three to four months of overlap. If the board directs FSBA to begin the search in January, a new superintendent could be under contract by July.

Based on their input, the board members reached a consensus that they would prefer to forego the lengthy process in favor of obtaining public input before they decide the next step. The public can give opinions about the negotiation of a superintendent contract between Stratton and the school board at the regular board meeting on Jan. 8, 2019.