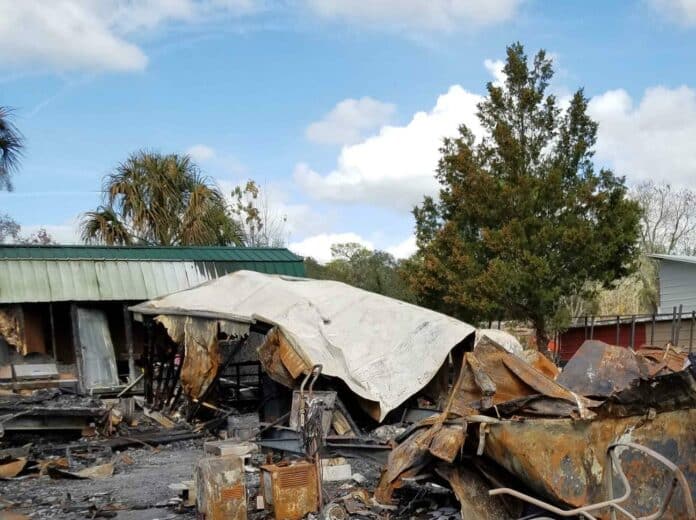 New England for Christmas – the trip was a delayed honeymoon for newlyweds Sharon and Oliver Bevins, a chance to see and share the holiday with family and friends in New Hampshire and upstate New York, and for Bevins’ son Tyler, age 12, a first airplane flight, meeting new relatives and the opportunity to see snow.

The first few days were everything they hoped for, including a light snowfall on Monday. But that night, Christmas Eve, Oliver’s grown son called from Florida with the news that the Bevins home had been burglarized. A locked safe was taken with a gun, jewelry, titles and other important documents and keys for the church, New Hope Baptist, where Oliver is the pastor. Also stolen was Sharon’s new 2018 Dodge Challenger. A friend, a deacon in the church, was quickly dispatched to spend part of his Christmas Day changing the locks on the church. The bad news robbed them of some of their Christmas joy but worse was yet to come.

Christmas Day, in the evening, Oliver got a call from his mother, who lives down the street from them. “Your house is on fire.” Although the fire department responded quickly, the house, where Oliver has lived for thirty years, and their new RV were a total loss. A car and a truck were badly burned and some equipment for Oliver’s tree service business was also burned. No one was harmed in the fire.

The Bevins wanted to return to Florida right away but all holiday flights were booked solid so they had to wait until their scheduled return flight on Saturday. On Sunday, Dec. 28, 2018, the family viewed the massive damage. Gone was the heirloom furniture Sharon had brought down from up north and more heartbreaking for her, was the loss of her mother’s ashes, stored in a ceramic figurine of Mother Goose, her mother’s nickname. Twelve-year-old Tyler lost everything. Oliver lost everything but his Bible singed and burned around the edges but still readable as it says in Matthew 24:35, “Heaven and Earth will pass away but my words will never pass away.”

There is currently a fundraiser on Facebook for the Bevins family called:

Leslie Stein
Leslie Stein has over 35 years experience as a Speech-Language Pathologist working with neurologically impaired adults. She received her undergraduate and graduate degrees at the University of South Florida in Speech Pathology.
Share
Facebook
Twitter
Email
Previous articleWARNING OF THIRD-PARTY SOLICITATIONS FOR COLLECTION OF PAST DUE TOLLS
Next articleUpper Pithlachascotee River Preserve
RELATED ARTICLES
Uncategorized