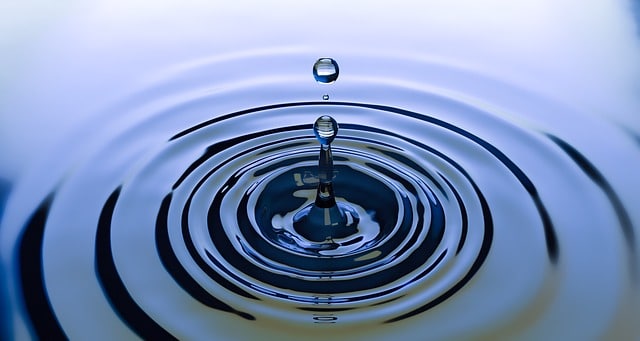 DEC. 17, 2018 BROOKSVILLE CITY COUNCIL- Public Works Director Richard Radacky and DPW Project Manager Jon Dowler were asked to discuss City Ordinance 875. Radacky began with a history of the use of reclaimed water in Brooksville beginning in 2013, describing the sources of funding.

To kill viruses and any other organisms in the water, the wastewater treatment plant staff doubled the size of the chlorine contact chamber, Radacky said, and administered what he called high level disinfectant. Special filters were added to catch any viruses that survived that process and an additional 1.5 million gallon tank was constructed. All the water in the plant goes through this process, even the water that goes to the Cemex mine that is used to wash rocks.

Radacky said the current agreement with Cemex expires in 2020, and they are a major recipient of the reclaimed water. Part of the negotiations included lowering the current fee of $.10 per 1000 gallons that Radacky anticipates bringing a document to the council by May 2019.

Dowler clarified the difference between reclaimed and reused water. Reclaimed water refers to water that has not left the city’s water system. If the water exits the system to another facility or a body of water and has another use or purpose, it is referred to as reused water.

For example, Southern Hills uses the water for irrigation, for which it pays $.31 per 1000 gallons. FDEP requires testing to ensure that the reused water and the potable (suitable for human consumption) water systems stay separate. Dowler used a map and pictures to show the path from the treatment facility to the pond at Southern Hills. The water is then pumped from the pond into the irrigation system.

Dowler showed a map with a proposed path to Hernando Oaks Golf Course. This is one of the projects that lobbyist Shawn Foster will be discussing with legislators. The 12-inch pipe would continue south along US 41 and then would be directed into an existing pond for use at the golf course.

The Cascades development, which is adjacent to Southern Hills, currently pumps water from the aquifer to keep their pond filled. Dowler stated that it would be relatively easy to connect Cascades to the reuse system approximately 175 feet away. Though there is no golf course at this development, less fertilizer could be used since the reused water has some nitrogen and phosphorus remaining.

If the city could negotiate an agreement with Hernando Oaks and Cascades like the one with Southern Hills, and if the CEMEX agreement is approved at a revenue neutral rate, then the city would benefit.

The proposed ordinance includes a section which could require new developments to participate in the reused water distribution system. Dowler cautioned that if this becomes burdensome to a potential developer, it may make them decide against building inside city limits.

Brayton asked Dowler to look at things from the developer’s point of view, for example, at Cascades. “How would he feel about having a dead pond?”

Both Dowler and Kemerer advised that the ponds have fish and other wildlife present. Kemerer said he cannot tell which pond contains freshwater and which has reclaimed water because there is no odor. Having the pond at a constant level is more beneficial and prevents stagnation or a dry retention pond.
In a side by side examination, the water is clear and not discolored. “It’s good water,” Dowler said. “I just wouldn’t drink it.”

The ability to provide reclaimed water would also give Brooksville an “edge” as being environmentally conscious. As the city expands, the water lines and potentially the reclaimed water lines will expand with it. Dowler said he heard a rough estimate of $110 per foot for a reclaimed water line, a figure which Battista thinks would make a developer pause. Grants would be one funding source, which could bring the cost down.