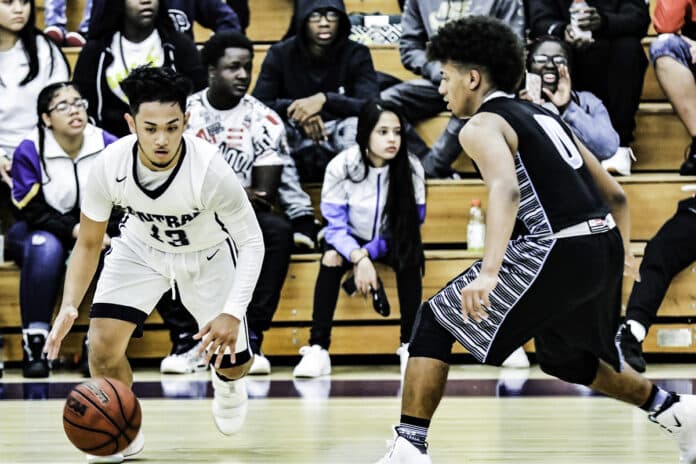 BIG UPSET Friday night January 25, 2019, at the Bears Den. Central’s Boys Basketball team shred the fins off Sharks winning streak. From the start of the game, the court was hot. Both teams came to battle tonight. Nature Coast swarmed the court to protect their winning streak, but the Bears came out of their den hungry. Nature Coast Shark junior #21 6′ 5″ Orien Adams and Centrals Bear junior #10 6’+ Rashaad Boyce started off the game.

The battle was on from the start. First quarter Sharks junior #21 Orien Adams shoots for the first points in the game and scores. Sharks lead the end of the first quarter by six to Bears’ three. In the second quarter, Bears turn on the heat, Bears #13 senior Vince Valencia passes to Bears #10 junior Rashaad Boyce to shoot for two points. Bears #10 Rashaad Boyce blocks the shot by Sharks #3 senior Dedrix Hall but Boyce was called on a foul. Sharks Coach David Pisarcik and Bears Coach Matt Zandecki both up on their feet watching the battle. Bears #00 Deshawn Brown passes to #10 Rashaad Boyce to shoot for another two points. 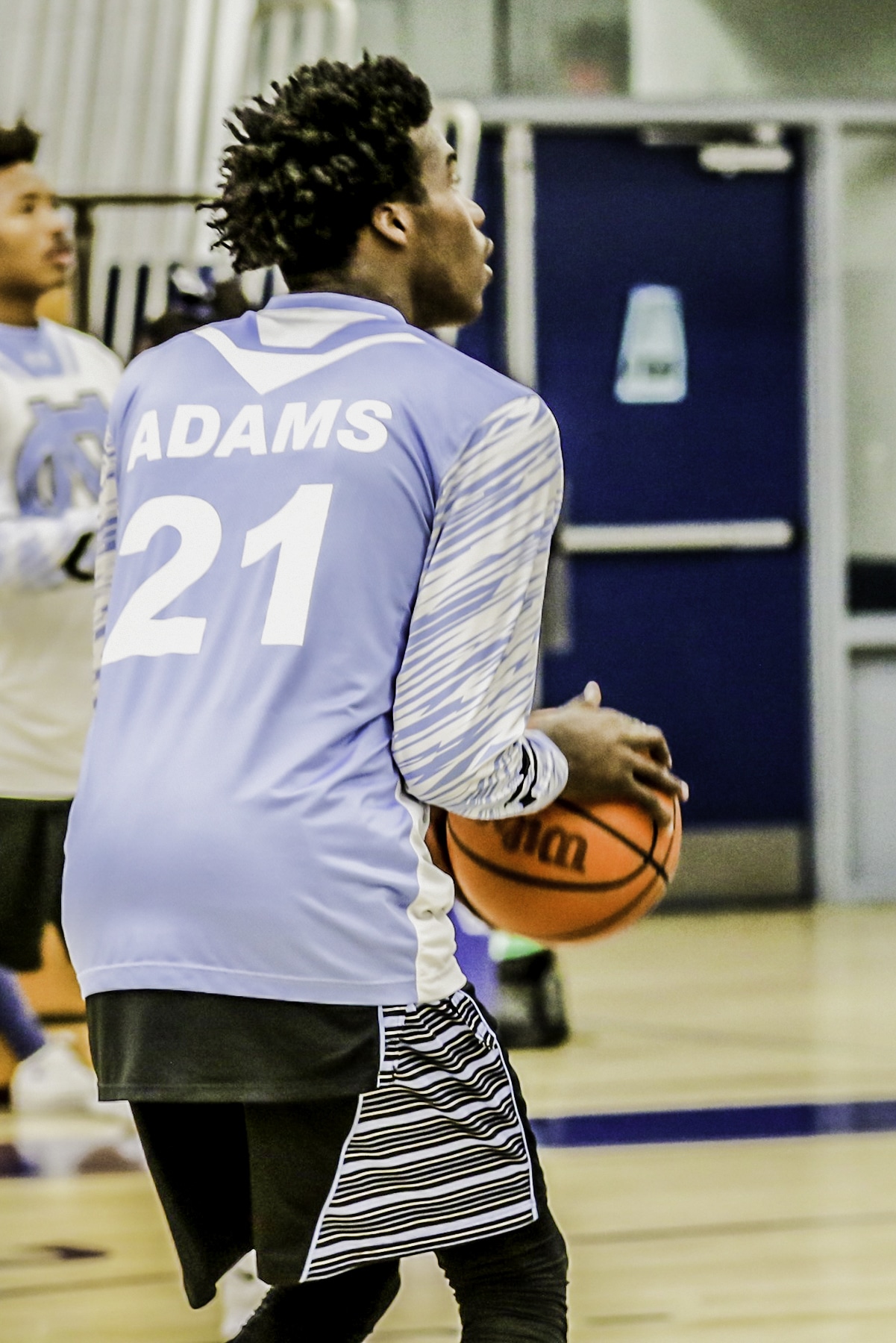 Twenty seconds left in the second quarter, Nature Coast is working hard to complete their shots and control the ball, but at halftime Central walks off the court leading in the game with 19 and Nature Coast 11. Third quarter both Bears and Sharks come out to continue the battle. Bears sophomore #5 Talon Bergantino throughout the game shoots and makes two and three-pointers for the Bears. The defensive plays in this quarter are intense, and the cheerleaders are breaking the sound barrier. Bears #10 Rashaad Boyce had to come off the court to clean up from bleeding. It’s a battle on the court no doubt about it. Nature Coast junior #12 Philip Scalise shoots and completes a three-pointer for the Sharks. In a long battle of passes, dribbling and blocks Bears sophomore #5 Talon Bergantino shoots but it’s blocked by Sharks junior #21 Orien Adams which in turn goes right back into the hands of Bears #5 Talon Bergantino then he passed to Bears senior  #25 Kharon Coaxum which shoots and completes the three-pointer. A few plays later running down the court is Bears senior #13 Vince Valencia- he fights through a school of Sharks and shoots and completes the shot to bring the Bears to twenty-six points against Sharks nineteen points at the end of third quarter.

Here we go to the fourth quarter, fans are on their feet, cheerleaders cheering, coaches are not sitting down at all at this point. Intense Battle between the Sharks and Bears.  Sharks start to come back hard, can the Bears fight them off? Both Sharks and Bears putting points on the board back and forth back and forth. A lot of dribbling, passes and chest to chest blocking. Thirty-three seconds left Nature Coast has no timeouts left.  Central has the ball but with only four seconds left now Nature Coast junior #21 Orien Adams steals the ball shoots and makes a three-pointer. Nature Coast desperately takes another long shot but misses. The Bears Win!

The Battle ended with Central Bears 34 and Nature Coast 32.

Bears players sophomore #5 Talon Bergantino and junior #10 Rashaad Boyce said they were excited that it was a big upset for the Sharks. Bears will be losing quite a few seniors this year and Bergantino and Boyce will be leading the Bears next year.