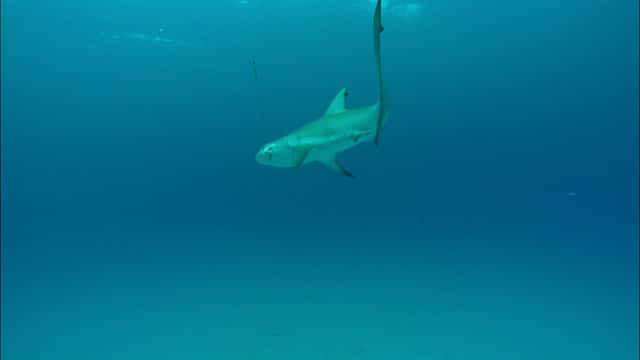 TALLAHASSEE — Shore-based anglers will no longer be able to use fish parts, bones and blood to attract sharks, as critics of shark fishing would like to see lines cast farther away from beachgoers.

The rules include the restriction on “chumming” with fish parts, bones and blood; requiring the immediate release of any sharks that are on a state prohibited list; and requiring that anyone who casts for sharks from land, bridges or jetties get a no-cost permit that includes taking an online educational program.

Commissioner Joshua Kellam, who said he watched as a nurse shark was reeled in among a crowd in Juno Beach over the weekend, considers the changes a work in progress.

“Are we going to pass the best thing that solves all the answers? No,” Kellam, of Palm Beach Gardens, said. “But are we setting the baseline to start now looking at this and addressing this down the road? Yes, I think we are.”

Commissioners want to address issues such as setting a hook size that would differentiate shark fishing from other shore-based angling. Staff members also proposed allowing people younger than 16 to be exempt from the permitting requirement, but Commissioner Gary Nicklaus of Jupiter questioned the need for an exemption.

“It’s a no-cost permit,” Nicklaus said. “They don’t have the ability, I guess through our permit system, to get a permit, but they can get the validation that they have done the education course.”

The chumming issue has drawn widespread attention. Chumming can continue from a boat or pier.

Supporters of the ban, for example, proposed extending the chumming changes to include structures affixed to the shore, such as piers and jetties.

However, Bill George, a fisherman, disputed the need for the chumming regulation, as he said most experienced land-based anglers know not to engage in such activities when other people are in the water.

“You don’t see a lot of shark fishermen here fighting it, because they don’t do it,” George said. “We’re doing it as a feel-good measure for some of the people.”

The changes also require anglers — from shore or on vessels — to carry appropriate gear because they will be required to immediately release sharks that the state prohibits from being harvested. Those sharks include the great hammerhead, lemon shark, longfin mako and tiger shark.

“The goal would be to keep the head in enough water to cover the gills, and this should be done while also ensuring the safety of the shore-based angler,” said Jessica McCawley, director of the commission’s Division of Marine Fisheries Management.

The changes came after a series of meetings last summer across the state to address shark-fishing rules.

McCawley said staff members are already working on additional steps, such as clarifying the definition of sharks and what to do with prohibited shark species that wash up dead on shore.

Last April, the commission was advised that shore-based shark fishing — from beaches, piers and bridges — is increasing in places that conflict with where people swim and surf.

Anglers expressed concerns that imposing further restrictions could eliminate the activity. The commission reported fishing hasn’t impacted shark populations, which the state has worked to rebuild and maintain, but it has created “anxiety” among beachgoers.

“For safety concerns, the goal is to reduce public concerns about anglers chumming near shore,” McCawley said. “One of the most common concerns is that chumming endangers those in the water. However, sharks regularly inhabit and feed in near-shore waters.”

Local officials have complained that state law prohibits local governments from enacting bans on the practice.

The commission estimates the state has about 25 shark bites a year in Florida waters, with about 1 percent of bites being fatal.