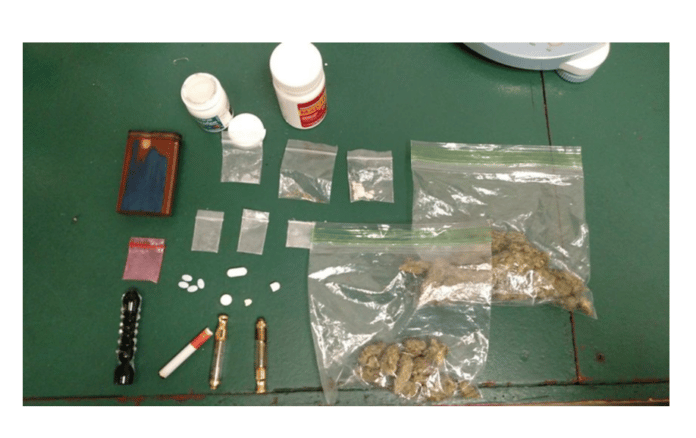 On 03-03-19 at approximately 3 p.m., Deputy William Harsanyi was conducting proactive patrol efforts in the area of Toucan Trail in Spring Hill when he observed a green Chevrolet Avalanche that appeared to be traveling above the posted speed limit of 30 mph.

Harsanyi conducted a Traffic Stop on the driver of the Avalanche at Toucan Trail and Parlow Avenue.

While speaking with the driver and sole occupant of the vehicle, Anthony Luparell, Harsanyi detected an overpowering odor of marijuana emanating from the vehicle. When asked, Luparell openly admitted that he had marijuana in the center console of the vehicle.

Luparell was detained and advised of his rights.

Also in the center console was an ibuprofen bottle that contained multiple plastic baggies, one of which contained several pills. The pills were identified as follows:

Luparell did not possess a prescription for any of the items.

The ibuprofen bottle also contained a baggie with trace amounts of white residue inside. The white residue later tested positive for cocaine.

Deputies also located two smoking pipes and two vials (for a vape pen) with only an oily substance inside. Luparell admitted that the substance would contain THC. The oil did test positive for THC and weighed 15.64 grams