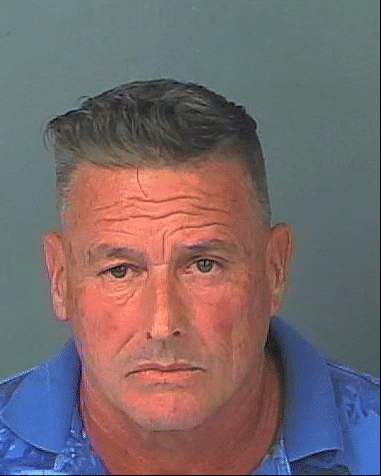 On 03-28-19, Hernando County Sheriff’s detectives, along with investigators from the Department of Health (DOH), responded to 9385 Grizzly Bear Lane (Camp A Wyle) in Brooksville, to investigate allegations of the practice of medicine without a license.

The original complaint, made to the DOH, alleged that Michael Fagan was practicing medicine, out of the residence, without a license.

Undercover investigators arranged a “consultation” type appointment with Fagan on the morning of 03-28-19.

During the consultation, Fagan advised the patient (the undercover investigator) that he/she would need to take herbs and do various other things to kill cancer and eliminate the toxins in his/her body. Fagan stated he would also add “nutrition” in order to get the body to heal itself.

Fagan told the patient that the herbs would fight the cancer as a natural “chemo” and he would provide a high level of selenium that would double the patient’s life expectancy and create an additional 23 antibodies.

Fagan told the patient this treatment would “not make him/her feel horrible” and that the high-frequency generator machine “emanates a frequency to where microbes live.” It targets cancer and destroys it, “poof.”

Fagan recommended the patient use medical cannabis once per week, but three to four days per week would be better. He also told the patient that he would order blood testing for longevity and cancer profiles and read the results. Once he had the results, he would formulate a plan.

Department of Health investigators determined that Fagan committed a felony by offering medical services by a person who was not a licensed healthcare professional.

During an interview with HCSO detectives, Fagan admitted to seeing clients and selling supplements. He told detectives that the high-frequency machine was not his, that it belonged to a neighbor. Fagan then decided he no longer wished to speak to detectives, therefore questioning ceased.

A search warrant was executed on Fagan’s residence.

During the search, several items were collected, such as business records, a computer, cell phones, a pill encapsulator, a blue 20 MHz sweep function generator, a digital scale and several other items pertaining to the case.

Detectives placed Michael Fagan W/M DOB/11-17-1956 under arrest. Fagan was charged with Unlicensed Practice of a Healthcare Profession. Fagan’s bond was set at $5,000.