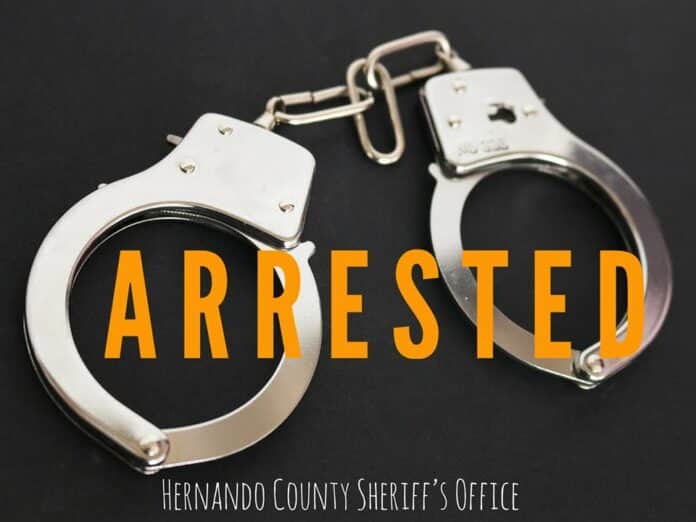 On 04-14-19, the Hernando County Sheriff’s Office received a complaint involving the utterance of counterfeit bills at the Walmart located at 13300 Cortez Boulevard, Brooksville.

Shaw then attempted to purchase Visa Pre-Paid gift cards, with $350 worth of $50 counterfeit bills. After employees determined the money to be counterfeit, Shaw abandoned his counterfeit money and fled the store.

During this transaction, at another register, Diaz attempted to purchase Visa Pre-Paid gift cards with $450 in $50 counterfeit bills. The cashier recognized the money to be counterfeit and Diaz proceed to exit the store, leaving the counterfeit bills behind.

During the commotion, Graham abandoned her transaction, and proceeded to flee the store with the other individuals.

A Walmart loss prevention employee was able to relay the suspects’ vehicle description to law enforcement.

Deputies in the area immediately conducted a traffic stop on the suspects’ silver Toyota Highlander SUV near Walmart.

All five suspects were identified and immediately taken into custody. While conducting an investigation at the roadside, deputies noted the vehicle emitted an overwhelming odor of marijuana.

A misdemeanor amount of marijuana was recovered from the passenger compartment of the vehicle.

Following the incident at the Cortez Boulevard Walmart, Walmart employees at the Commercial Way store in Spring Hill were contacted and asked to review their surveillance video.

Spring Hill Walmart employees located the same group of suspects on video at that location earlier in the day. Using the same techniques used at Cortez Boulevard Walmart, the suspects successfully uttered $400 in counterfeit bills to purchase gift cards at that location.

A search warrant was conducted on the suspects’ vehicle at which time additional counterfeit bills, a printer, heavyweight paper, several pairs of scissors along with additional legitimate currency was found inside the vehicle.

The following individuals were charged as follows:

Several other cases that are currently being investigated by the Hernando County Sheriff’s Office involve this same group of individuals.

These investigations are ongoing and additional charges are pending. As this is an organized group who operate through illegal activity, agencies throughout the state of Florida have requested the assistance of the Hernando County Sheriff’s Office with their own cases involving this group.