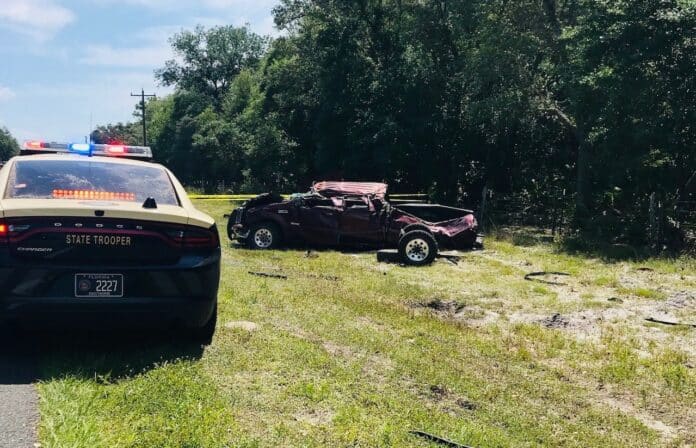 On Sunday, April 28, 2019, just after 9:30 AM, the Citrus County Sheriff’s Office contacted the FHP and requested assistance in the pursuit of a stolen vehicle, a 2007 Ford truck, on SR-44, west of US-41, in which the suspect driver had attempted to run over two Deputies during their pursuit.

Several FHP Troopers responded to the area, located the suspect at US-41 and Kabrick Road, and engaged in a pursuit of the stolen vehicle.

The pursuit continued south into Hernando County and eastbound on CR-476 at which point Troopers observed the suspect driver point an unknown object towards the back window of the vehicle.  The suspect then discharged three rounds from a handgun at the Troopers.  One bullet struck a pursuing Trooper’s right front windshield.

Unrestrained, the suspect was ejected as the vehicle overturned and crashed.

Lovett, the only person injured during the incident, was initially airlifted to Bayonet Point, then transferred to Tampa General Hospital for injuries sustained when the vehicle crashed.