HomeUncategorizedFuture of Chinsegut Hill and  vacation rentals among Board directives
Uncategorized

Future of Chinsegut Hill and  vacation rentals among Board directives 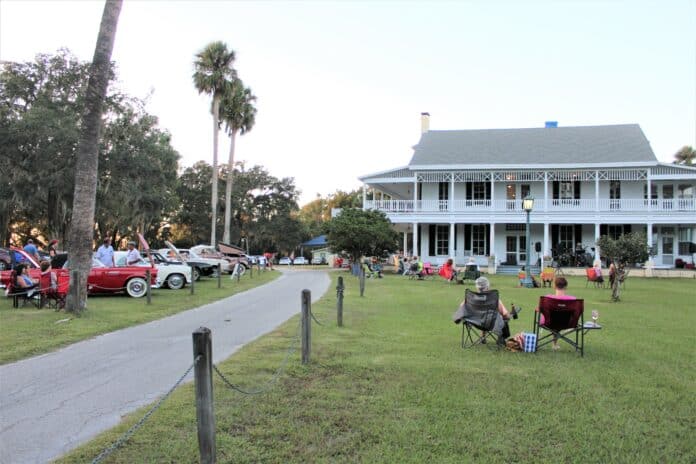 At the June 11, 2019 Board of County Commissioners regular meeting, County Administrator Jeff Rogers briefly mentioned Board Directives discussed at the last meeting, and opened this day’s discussion with the topics of vacation rental homes and future management of Chinsegut Hill Retreat and Manor.

Commissioner John Allocco asked about pending revisions to the phone menu system.  According to Allocco, some numbers have not been changed.  According to Rogers, this is still underway, as some departments’ changes have proved to be more difficult.  Additionally, proper timing of available staff and the potential to have phones temporarily unreachable are also factors.

Commissioner Wayne Dukes recently had a meeting with an attorney who owns a home on the  Weeki Wachee river.  In his neighborhood, one house is host to weekend rentals with multiple cars on the property, loud music and problems that loud parties bring.  According to Dukes, the homeowner said he is aware of an individual who plans to purchase three houses to convert into vacation rentals.

Dukes said the problem lies with homeowners living next door to college grads and that many of the vacation properties are not registered. “A lot are listed, we just have to check every so often and follow up, because there seem to be an increased amount (of unregistered rentals) over the last few months.”

County Attorney Garth Coller said, “And it’s a huge crisis in some counties.  A lot of regulation going on, and I think you’ve probably noticed the state of Florida, in the last legislative session, threatened to enforce legislation prohibiting us from regulating it at all.”  Coller said this means that the county could still make changes to the current ordinances, but that ability may “go away.”

Allocco went on to say that his understanding of the proposed legislation was that it would prohibit selective regulation, so that the whole county would be subject to the regulations, not just coastal areas.

Champion took a different position, opposing any registration or regulation. “I believe in personal property rights.  I don’t think it’s our job to register anybody, and we have Code Enforcement for a reason.”  He added, “You have no right to know what I’m doing on my property.  I’m not for registrations.  I’m not for you telling me what I can do with my property.  I think it’s not conservative to vote for something like this.”

Dukes started to pose a question to illustrate his rationale, “If I buy a house next to you, and I bring in 900 people and put them in it …”
“That’s a code enforcement violation,” Champion said.

There are tax considerations that are unique to vacation rental properties.  The Florida “Bed Tax” is a significant source of revenue for the county.  According to Coller, a vacation rental must be registered in order to pay Bed Tax.

Chairman Jeff Holcomb raised the issue of noise ordinance violations, and problems with enforcement.  In order to enforce the county noise ordinance, a reading must be taken with a special device, to avoid subjective and erratic findings.

The board concluded that ordinances are already in place that govern vacation rental properties, and only need to be enforced.  On the subject of registration, Allocco said, “That’s the main reason people don’t want to register.  They want to operate a business tax-free.”

On that note, Commissioner John Mitten said, “Hernando county is a great place to come and vacation.  So, we want to be able to have those people come and enjoy this county, but they need to be able to participate in the funding of it as well, with the bed tax.”

Friends of Chinsegut Hill Inc. abruptly ceased operations on May 31, 2019. Rogers stated that management and operations will be transitioned back to the county.  Presently, the air conditioning is not functioning in Chinsegut Manor, making it uninhabitable. The water tower serving the complex is currently undergoing repair as well.

“We’re maintaining the existing events that are scheduled,”  Rogers said of the events planned for the next two months.

Moving forward, the care of Chinsegut is to be determined.  Rogers stated he has  “multiple discussions occurring with community partners.”   Rogers hopes for new opportunities in the coming months.

Commissioner Steve Champion said he has also spoken with interested parties.  “They’re interested in keeping the heritage in the county,” which is an important criterion for interested adopters.  “A huge mistake would be giving it back to the state.”

The topic is still very new in the roadmap of Chinsegut’s future.  Rogers said, “If it all pans out, you’ll have some tough decisions coming forward, about which way you want to go with it.”

Lynn Gruber-White added from the podium, “Friends of Chinsegut had a giant loan, and somehow… the private party that holds that loan is going to come after something.  If we’re taking over the property, they’re going to try to come after the county, one way or another.  As a taxpayer and an advocate, I’m very concerned about that note…”

At this point, County Attorney Garth Coller said, “It’s been said many times, County can always be sued.  It doesn’t mean (the petitioner) is going to win.”

Commissioner John Allocco was unperturbed, saying,  “I would go back and see whose names are on that original note, and I think that will take care of itself.

As the liaison to Chinsegut’s Board of Directors, Commissioner John Mitten said, “I’ve spent a fair amount of time on this issue, and concur …  I’m pleased with where we’re headed.  I’m saddened by what took place.  But I think this gem of Hernando county is an incredible destination point, and I’m excited at the potential going forward.”