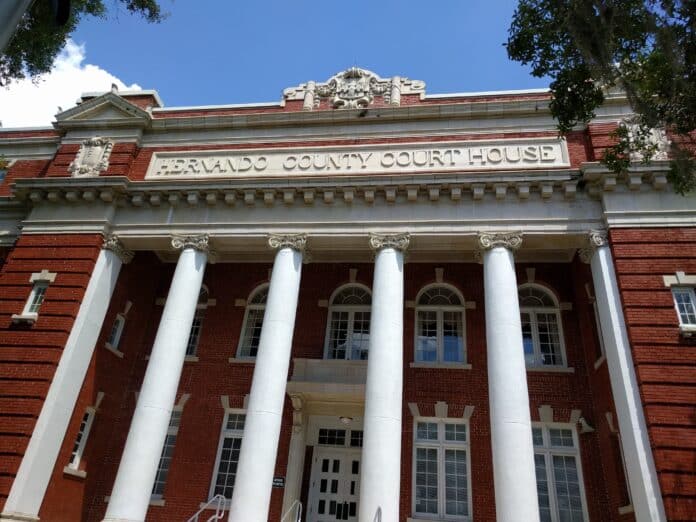 At its meeting of March 26, 2019, the Board of County Commissioners  concurred with the County Administrator’s recommendation to move forward with obtaining an independent financial consultant to review the county’s financial situation.  Following through at a workshop on June 25, 2019, the board considered several ways to fix the budget shortfall heading into the 2020 Fiscal Year.

No decisions were put forth during the workshop, but the board recognized the issues and all are in agreement that something needs to change.  The cutting of services and increasing of fees were all discussed, with regard to several facets of realigning the budget.

The workshop focused on the preliminary results of the financial sustainability study conducted by Stantec Consulting Services. Erick van Malssen and Peter Napoli, Stantec representatives, provided the Board with a presentation based on their findings.

Van Malssen introduced the presentation, defining methodologies and projections for sustainability for up to 10 years using data from the end of FY-2018.  The data, using separate line items for revenues, expenses and transfers also includes the assumption of building a new County Administration complex.

The first issue described by Van Malssen was that the cash going out far exceeds cash coming in, with a widening gap occurring each year until 2024. The Reserve fund, ideally 18.5% of the General Fund, fell to roughly half of that target in FY-2019.  Van Malssen reported next year’s projection shows “reserves fully depleted, below zero by the end of fiscal year 2020. It’s an urgent situation.”

Van Malssen told the board that this is not an impossible task to overcome.  However, the consequences could result in a Financial Emergency Declaration, when state auditors could recommend that the state government step in and essentially run the county government.  Generally, the guideline for this declaration is  balances falling within 3% of reserves.

Set up for real-time ‘What if” analysis, Van Malssen stated that in current years, 95% of the budget has been spent on personnel and less than 80% on operating expenses.

Van Malssen, the following questions that frequently arise in this type of consultation.

Q:  What would happen if the county were to grow much faster than it is right now in terms of taxable property values?

A: At a 6% increase per year, the “Cash In” number does increase, but not nearly enough to close the gap with “Cash out”.

Q:  What if we simply reduced cost to create a balanced budget?

“Cutting costs is part of the solution.  Managing the rate of growth of those costs is not only the real solution, it’s also a little more difficult to achieve year after year.”

The scenario used by Van Malssen and Napoli showed that if expenses grow no more than 3.5%, the county could see a surplus and enjoy a healthy Reserve fund.

The other major expenses the county faces is personnel services.   “While it is difficult to make cuts in this area, there are not enough efficiencies and utilities and operating expenses to make that kind of adjustment.  It will unfortunately affect the people of this county.”

Q:  What would raising the millage rate do?

Van Malssen said, “I don’t suggest you solve this with the millage rate. It’s going to take a combination thereof.”

Two of many Possible Solutions

The first of two immediate solutions discussed at this meeting were a combination of a 0.55 mil Municipal Service Taxing Unit (MSTU), using PILOT (Payment in lieu of taxes) and  PILOF (Payment in lieu of franchise fee) with regard to utilities, and the reduction of the operating budget by $3.5 million.

The rate increase associated with PILOT was reported by Utilities Director Gordon Onderdonk to be approximately 5.2%, resulting in $1.8 million in revenue. He explained that the PILOF would represent $2.4 million in additional costs for FY-2020. In order to achieve a 6.0% funding level, the additional rate increase associated with PILOF would be approximately 7.1%.

Simplified, the utilities department would see rate increases of 16.22% for the water system and 17.29% for wastewater. “That would be a shock,” Onderdonk said.  “We would receive lots of calls about that.”

The second scenario shown, removed the debt service that would come with the new County Administration building, also resulting in a balanced budget according to the charts shown in the meeting.  Unfortunately, The Hernando Sun was not able to obtain printable ledgers and charts.

Numerous points and possible remedies were discussed over the two-hour meeting, including the philosophy and fairness of the PILOT / PILOF, how to best reduce cost, which services to cut, and the direct question by Commissioner John Allocco seeking to understand, “How exactly did we get here?”

Van Malssen stressed that Stantec’s position is to analyze the current budget situation, and suggest corrections going forward, therefore, they have not pinpointed the events that have led to the current crisis.

Weeki Wachee resident Chuck Morton spoke during the public portion, told the board, “You weren’t elected for ‘no new taxes,’ you were elected to be fiscally responsible.”

More budget meetings are planned over the coming weeks.  The Hernando Sun will continue to follow developments.