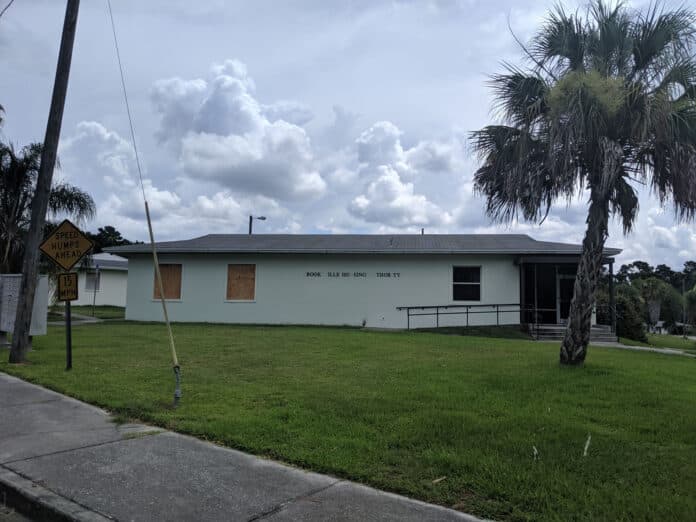 A draft of the Interlocal Agreement between the Brooksville Housing Authority (BHA) and the Hernando County Housing Authority was approved by the county agency at a meeting on July 8, 2019.  Attorneys for both agencies were present, as well as BHA Chairman Randy Woodruff and three other BHA members.  The approval is contingent on adding language for remediation and handling of liability issues that could arise.

The BHA will meet on July 16 for final approval.

The County Housing Authority’s attorney, (whose full name was not available at the time of this writing) asked BHA’s attorney Ric Gilmore where the Brooksville Authority’s records were currently located.   Gilmore replied that the City of Brooksville is currently the custodian of BHAs records due to an interlocal agreement with the city.  Should the Hernando County agreement be approved, it will become the custodian of eleven filing cabinets worth of documents.

Another feature of the interlocal agreement with the county would be the ability to keep the city’s documents separate from the county documents so they will be easily returned upon termination of the agreement.

County Chairman Paul Sullivan asked about the completeness of the agreement, noting that an indemnification and dispute resolution portion appeared unfinished.  The county attorney responded, “Originally there was a two-way indemnification … I thought under the circumstances, there really wasn’t any reason for you to indemnify Brooksville.  You’re not seeking out this arrangement, and so any liability on your part should be kept to an absolute minimum.  The level of services that are being provided are pretty small.”

Another question to be investigated is whether or not the county’s insurance is valid while performing management for BHA.
Sullivan added that he would not vote to approve the agreement unless there is language included that states the results of audits for both agencies, so that no question of “funds being misused, from either side.”

Gilmore offered to provide the county with the results of their latest audit before finalizing the agreement.

To alleviate any concerns the county should have with any BHA’s history, their attorney will draft language, “That makes clear that anything that’s gone on before is history, and our responsibilities are from day one (and) forward.”