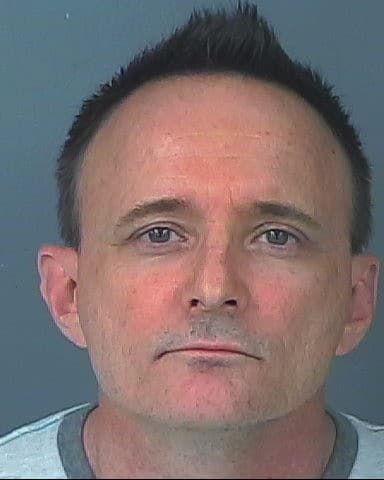 Tom Lemons, the most well-known reporter of Real News Real Fast (RNRF) was arrested on July 26, 2019 on a charge of grand theft.  Lemons allegedly accessed advertising funds totalling $1,034.34, and deposited them into his personal account after he had sold his company, Real News Real Fast.

According to police reports, Lemons sold the company to Jonathan “Ray” Hair in August of 2018.  Ray and Lemons had an agreement that Lemons would remain with the company as an employee, and remained until November 2018.

Hair alleges that Lemons accessed the company’s Google AdSense account after his termination, and redirected the funds to his own account.  Google AdSense is an advertising network that pays website owners to host advertisements for compensation on their sites.

Hair did report that,  “Since the business’ inception, the revenue has been assigned to the RNRF News, LLC business account controlled by Jonathan Hair and held by the Suncoast Credit Union for routine disbursement of funds/compensation.”

Lemons alleges that he is still owed $5,000 following his departure in November of 2018.  Any argument over financial transactions would normally be considered a civil matter.  However, according to investigation notes,  “The criminality of this complaint (revolves) around the time frame in which this Google AdSense account was modified.”

An investigation was initiated after Hair contacted the Hernando County Sheriff’s Office in December of 2018, which included subpoenas to Google, banks named in the complaint and Charter Communications, which is the parent company of Spectrum, who provides internet service in Hernando County.

Lemons gave a public statement in a 20-minute long video that was posted sometime on Monday, July 29, 2019.  Lemons starts with an overview of the history of his discord with HCSO and the Dawn Center, and the events leading up to the most recent sale of RNRF.  Lemons stated that he began seeking investors when he lost advertisers due to the public disagreements.

Lemons says he signed agreements with Johnathan Hair and local businessman Tom Barnette (described as a silent partner) even though it was stipulated that Lemons would not write about the Dawn Center or Sheriff Al Nienhuis.  Lemons said he was told those conditions were to “calm things down a little bit … get the community to back off…”

Lemons said he was fired shortly after Hair had a meeting with Nienhuis.

Regarding his recent arrest, Lemons said there was no wrongdoing on his part, since he explained to Hair (during exchange of the business accounts and documentation)  that the AdSense account belonged to him, and was non-transferrable. “Google does not allow you to transfer the account to a third party, they have to create their own.”

Lemons said that prior to his arrest, he was unaware that Hair questioned the transaction, and had not heard from him since his termination.  He did however file a lawsuit alleging that Hair still owes him $5,000 as part of the sales agreement.

Roughly eight years ago, Lemons purchased RNRF from Samuel McCall.  McCall stated in a Facebook comment that he sold it to Lemons, “for a couple hundred bucks, so it was pretty much a gift.”