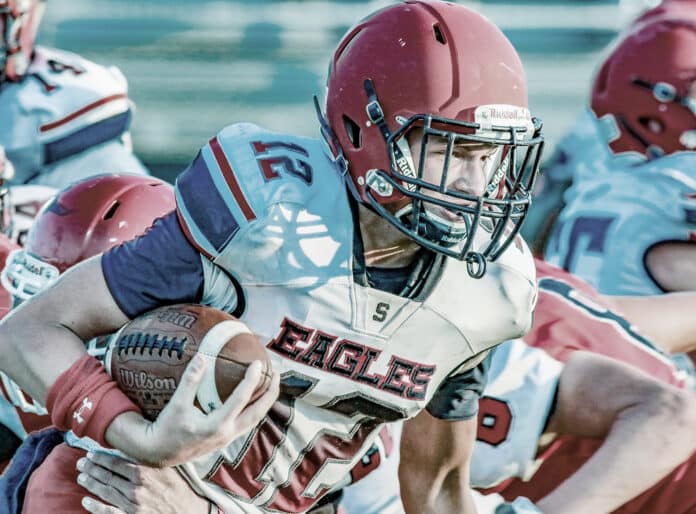 The regular season for prep football in Hernando County is fast approaching and before the real thing happens, teams will play in kickoff classic games. All five of Hernando County’s clubs will be in action this week and it will be the first look coaches will get at their starters and backups. We take a closer look at both of the preseason matchups on tap for Thursday and Friday nights.

Inverness Citrus at Springstead: The first game to kickoff the preseason in Hernando County will be between Inverness Citrus and Springstead, as the nearby rivals get a rare Thursday night matchup. The Eagles are coming off a 7-3 campaign under coach Mike Garafolo and his team has the talent to get back into the postseason. A first look at quarterback Max O’Rourke will be the first order of business for Springstead, as the Eagles will look to fine tune the passing attack. Springstead has always been known for its triple-option rushing attack and should display running the ball against Hurricanes.

UPDATE: This game was cancelled due to weather.

Nature Coast at Sarasota: Life without running back Mike Weston begins for Nature Coast, as they travel down to Sarasota. The biggest thing to watch for in this matchup is who has the leg up in the quarterback battle between incumbent Fabian Burnett and Weeki Wachee transfer Vaughn Sykora. Both players are very capable and should see plenty of reps within the game, but it will be interesting to see how coach Cory Johns uses the two signal callers. Seeing both quarterbacks on the field at the same time is another scenario that’s not out of the question.

Hudson Fivay at Central: The head coaching debut for Rob Walden begins at home in preseason action against Hudson Fivay. Walden took over the Bears over the summer, after the sudden resignation of former head coach John Warren. Walden has been tasked with putting together a varsity roster and now gets ready to lead the Bears into the 2019 season. The Bears are coming off an 0-10 season, but talent seems to be available and in the cupboard for Central, so watch for this team to make some noise on Friday night.

Dunnellon at Hernando: One of the most interesting matchups of all the kickoff classics comes between Dunnellon and Hernando, whom is coming off a postseason appearance last season. Second-year head coach Rob Kazmier returns a very talented squad and aspirations to make the playoffs once again start here in preseason action. The Leopards return one of the better backfields in the area, as they’ll feature running back Kevon Williams and Gabe Tafelski. Both players should see extensive time against the Tigers on Friday night.

UPDATE: HHS game was cancelled due to weather.

New Port Richey Mitchell at Weeki Wachee: Another Hernando County head coach will be making his debut on Friday night, as Chris Cook takes the field for the first time with the Hornets. The former Moore Haven offensive coordinator brings a run-first mentality to Weeki Wachee, a little bit of a change of pace from last season’s club that featured plenty of balance between the run and the pass. The Hornets will welcome one of the top clubs from Pasco County in New Port Richey Mitchell, as the Mustangs feature one of the more talented clubs. The Mustangs have arguably the top running back in Pasco County in Tyler Williams, who rushed for over 1,000 yards last fall.