They Don’t Make That 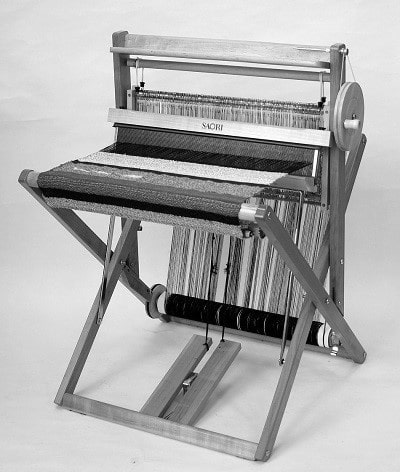 In my younger life I was a 34 waist. Then for years I was a comfortable 36.  Now, I’m a 37, but they don’t make that. For some reason pants in the midrange are even numbers: 32, 34, 36, 38; it reads like a high school cheerleading chant.  I’ve spotted 29s on shelves, but never a 27, at least not at Exwork, so I don’t know what’s going on with the odd numbers. What I do know is that 36 is now too small for me, and I don’t like the uncomfortable folds that are created between the loops when I tighten my belt around a 38.

As near as I can tell, while my spine may have shrunk so that I’m no longer an even six feet tall, my legs have stayed the same.  Yet, my inseam of 32 seems to change with every purchase. I buy a 32 and it’s so long that if it was bell bottoms I’d keep falling on my face from stepping on the fronts.  The next pair I buy is so short that they’d only look good bloused into the tops of combat boots. How many different worldwide versions of measurement are we dealing with here?  I feel like I’m living in an episode of MASH, but about length instead of width. (Ref: The Winchester Tapes.)

And recently I’ve had trouble finding simple button-down shirts.  Back when I stopped growing, the main sizes in stores went like this: small, medium-small, medium, medium-large, large.  Now for years there is only: small, medium, and large. Oh, there are plenty of extra-smalls and extra-larges, descending and ascending in size, but for the average range of chest and shoulder width there are no special accommodations.  For me, medium is too small, and large is too big, so I have to buy large. And what the frack (ref: Battle Star Galactica) are Flex shirts?  The other week I found a shirt of my preferred style that was a solid dark grey, instead of a sort of plaid, so I bought it.  I washed it, and when I put it on it felt like I had wrapped myself in ace bandages, the elastic kind. Do I now have to buy extra-large?

Underwear doesn’t seem to be disastered (new verb) by modern manufacturers, but I expect some new horror every time I shop.  In fact, lately I’ve had trouble with socks. For years I’ve bought size 12-15 because 6-12 (officially I’m 9.5) shrinks in washing down to something that might work as toe-cozies or small pet socks.  But lately even the 12-15s are deceptive. A ten-pack I bought at Exwork the other day listed the size as 12-15, but when I opened it up at home I found half were six inches long, and the other half were four.  (A mistake at the factory?) And washing them made it worse. I checked the package and found that they were entirely synthetic, something called Lycra, which claimed to be sweat and stink resistant. Don’t lie to me!  I tossed them. Maybe I should have returned them, or donated them, but I don’t want anyone else wearing that crap.

It seems to me that stores are deliberately stocking poorer products to encourage shoppers to buy from the larger selection online so they can ultimately get rid of such establishments, and therefore employees.  I know that places like Exwork demand lower wholesale so they can provide lower retail, and the only way the makers can accommodate is to use cheaper materials, skip steps, and fire the experienced. Eventually there will be just computer orders with drones delivering purchases, probably to rooftop chutes so packages can’t be stolen from porches.  If I had a time machine, one of the places I’d visit is Sears in the sixties to get some decent clothes.

I think tailors could start doing a booming business pretty soon.  That’s what I’d like; to hire a clothes-smith to make my shirts and pants, and a brilliant cobbler to make my shoes, and between them hopefully some perfects socks.  Comfort and longevity is certainly what I want. But as a consequence of the human mind, robots are bound to replace everyone, even the humans who make and fix them. So I can foresee people sewing their own clothes again, and maybe growing their own crops of cotton and flax just so they can fabricate skin-friendly textiles to make garments that match their shape.  I kind of want to start doing that now. At least the sewing part. First thing I’d do is devise a light-weight shin guard that I can stitch into every pair of my pants. (I worked in the garage the other day and nicked my shins again.) (Note to self: add large band-aids to the shopping list.)

For now, when buying, always measure the inseam of pants, and make sure the back pockets have buttons, and check the percentage of synthetics of shirts, and scrutinize the labels for everything else.  Good shopping to you, and now I’m going to check online for tailors, flax seed, and looms.