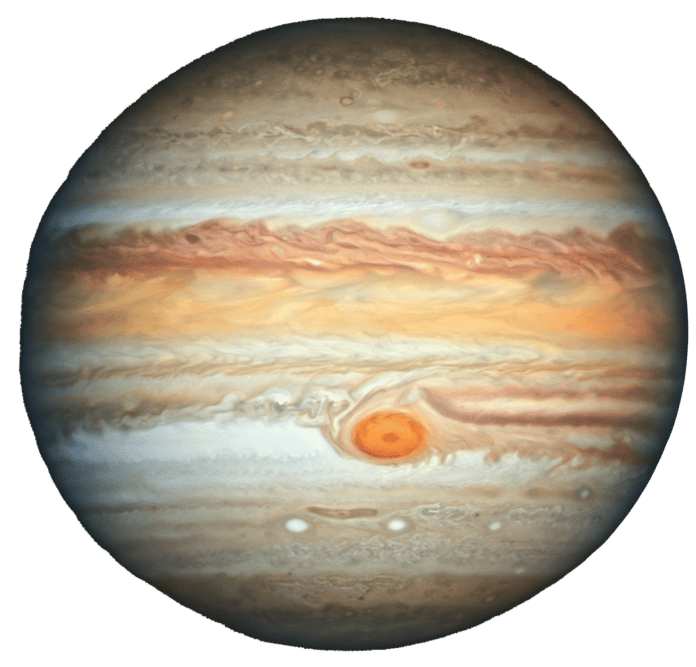 SEPT. 6, 2019- As a meteorologist I have been amazed this past week watching one of the strongest hurricanes ever in the Atlantic and the most perfectly shaped eye I have ever seen but at the same time you get a sick feeling thinking of all of the devastation and suffering that is occurring beneath that monster storm. Early on, the weather models were projecting that it could even cross the peninsula and hit our area as a major hurricane but gradually it started looking like it would eventually take a turn before reaching the coast.  It has moved parallel along the eastern coast while battering that area with wind and rain. There is a great deal of the hurricane season remaining but nothing insight that would threaten our area for a while. Sunrise tomorrow is 7:11 a.m. with sunset at 7:44 p.m. Our evening sky tonight and tomorrow features the planet Jupiter and the Moon appearing side-by-side to the southwest.

As Dorian has lifted off to the northeast of our state, we will be left with sweltering heat and humidity through the weekend. High temperatures will be in the 90s with the heat index well over 100. Looking down the road from September 11th to the 17th, the chances for storms will be increasing to 40 to 50%. Storms this time of year produce lots of cloud-to-ground lightning strikes and while it can be lots of fun to watch the electrical display of a distant thunderstorm, it can be dangerous if you get up close and personal. Twelve people have been killed across the country by lightning this summer. Six were camping or fishing, three were walking or hiking, one riding a motorcycle and two working on a roof. While there is some risk to talking on the phone or taking a shower during a storm, you see that all of the fatalities in the past couple of years have been people that were involved in outdoor activities. If you can hear thunder, then it is close enough to strike. Count the number of seconds between a flash of lightning and the thunder and divide by 5. This gives you the distance in miles to the lightning strike. If you count to 10 then the storm is only 2 miles away. Just drop me an email if you have a question or comment [email protected]