Hernando Christian academy rebounds after a tough loss to Donahue 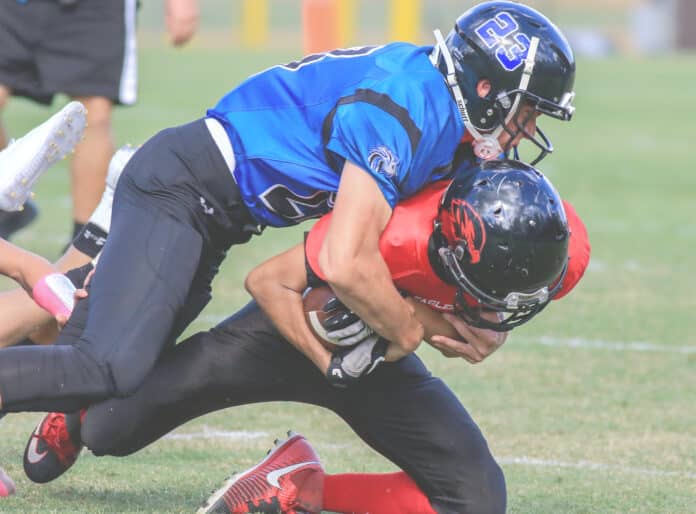 Hernando Christian Academy (HCA) was on a three-game winning streak until they met up with Donahue on September 27. The Lions didn’t make it easy for Donahue as HCA fell just 7 points shy of them with a final score of Donahue 45, HCA 38.

“We lost steam, but not a lot,” Asst. Coach Lance Schwan said. “We walked away from Donahue with a little bit more confidence. I think it’s going to turn into a positive thing and force these kids to keep going.”

HCA rebounded after the loss to Donahue with a 49-0 win at home against Village View Christian Academy on Friday, October 4.

“It’s tough to get your kids ready for a building team that hasn’t been very competitive. Keeping these kids’ minds in a good place and reminding them it’s football regardless; but on the positive side of this, we got a lot of the young kid’s time to play and that was the biggest thing for us,” said Schwan.

HCA travels to Lakeland to compete against Geneva Classical Academy, who may give the Lions a competitive game.

“We know where their competition is, and we have to make sure they are ready for it. That’s our job as coaches,” stated Schwan.

They are home for the last two games of their season playing Hillsborough Baptist on the 25th and Bayshore Christian on November 1. Both games start at 4 pm