Jeep trails and off road obstacles for the fairgrounds 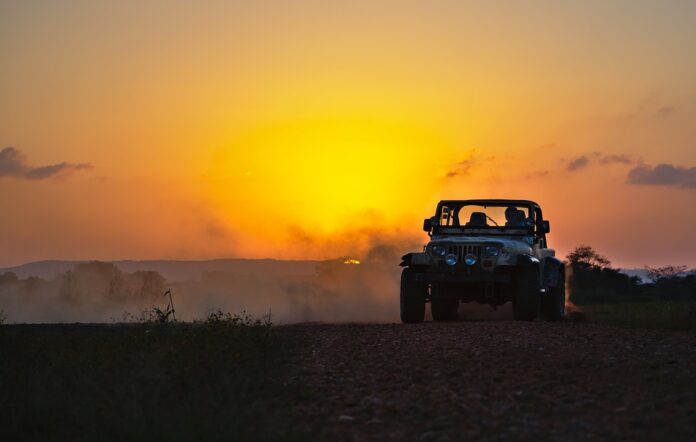 The intention would be to have groups of ten drivers at a time with a trail-boss going at the same time, finding their own way over or around obstacles. Some of the obstacles will be kept near the Fairground parking for better viewing while maintaining spectator safety. These obstacles would be a swinging bridge, and teeter totter.  The swinging bridge has a capacity of ten thousand (10,000) pounds, well above the weight of an average jeep or similar off-roader.

Clements told the council, “What we’re doing is something that is difficult to try and do a template, because I can’t find anything like this anywhere.”

He continued, “I did get some pictures here, of different things around, around the country. But mostly Jeep clubs are telling me what they would like to see… It’s about an eighty minute ride without any obstacles.  Even though it’s not that much land it’s the twists and turns and this and that.”

Clements continued, “We do have some, some obstacles, one of them is, certain time of year it’s really wet back there, we’re not trying to make it a mud thing… we want dry rocks so people don’t fall and hurt themselves.”

Clements stated “So logistically I haven’t got everything laid out, but I do have photographs of some of the different obstacles that will go into that type of thing.  Parks and Rec  with Christie Williams, they’re on board with helping and doing some of the events and different things. I look forward, hoping, to working with your Parks and Rec here on the same thing… It could be open for different events throughout the year… Which would be a great attraction to our city and our area, and it’s something we could add to the fair as we go…”

Rather than turning immediately to the city or county for funding, Clements assists in securing sponsors to pay for the additions.

Clements closed his prepared speech and the mayor requested clarification on what the “trail” is. Clements explained that while the additional obstacles had not been added yet, there were no trees removed to create the trail.

Stating, “…So when you’re in there, you really don’t know where you’re at.”

During Clements’ description of the trail, he explained that there would be a rest stop with food vendors at the animal shelter and was hopeful there could be a symbiotic relationship which would help find more pets homes.  He then described the trail, winding back over to the fairgrounds area to the swinging bridge, about 30 feet long and about two feet off the ground.

Additionally Clements added, “Then there’s an area over on the other side of the fairgrounds which will be more for people who don’t want their jeep scratched or they just want to try something.”

Clements explained, “Not everything will be open all year. We’re hoping that May after our fair would be our kick-off. It would be a three day event Friday, Saturday, and Sunday with music and a jeep show- different things. Then the rest of the year would just be trail-riding.”

Council Member Robert Battista asked Clements whether or not the land to be used was “incorporated” to which Clements responded that the land was controlled by animal services and that he would need to investigate further.

Council Member Robert Battista expressed concern that the fairgrounds expansion with the Jeep Trail would encroach on city property.  He explained that if it is city property, an additional layer of formality would be introduced such as insurance.  Steve Goldwin with the Development Department stepped in and clarified that the language of the document allowing the use of the land would need to change to accommodate this use. This would require the initiation of a rezoning for this area. According to Goldwin, Clements will need to communicate further with the county who will then need to coordinate with the city.

Mayor William Kemerer clarified that there is no city land involved in the matter.  Kemerer closed the agenda item by saying to Clements “Sounds like you have your work cut out for you.”

If all goes to Clements’ plan, Brooksville may have it’s own off-road obstacle course at the Hernando County Fairgrounds.