HomeUncategorizedWelcome to the woods, fall wildflowers of the Withlacoochee State Forest
Uncategorized

Welcome to the woods, fall wildflowers of the Withlacoochee State Forest 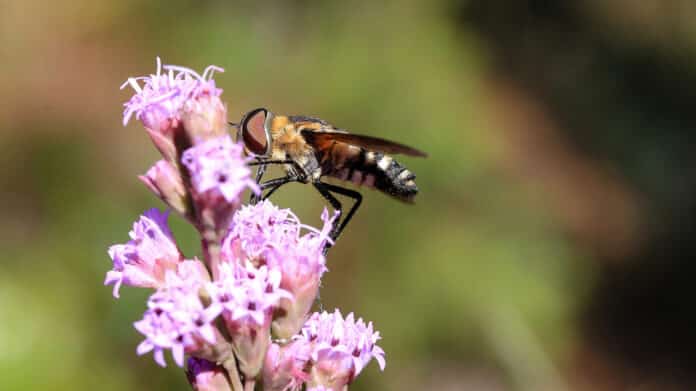 September 23 was the first official day of fall, but here in Florida, fall doesn’t feel like fall until late October. Cool-weather, pleasant breezes that whisper throughout the forest and the colors of fall begin to appear, fade and reappear during the next couple of months.

Vince Morris, Resource Administrator, and Colleen Werner, Biologist II from the Florida Forest Service, took me on a long-awaited trip to their favorite spots to see the fall colors blooming in the Withlacoochee State Forest.

“We have about 200 species of plants that produce wildflowers in the sandhills,” Vince said. “Of course, they all bloom at different times, but in general, most of them bloom in the fall.”

The yellow colors of Goldenrods, Hairy Hawkweeds, Narrowleaf Sunflowers, Partridge Peas, and Coastal Plain Honeycomb heads create a scenic view to separate the forest’s green color palette. Shades of purple from the Blazing Stars and Florida Paintbrush scattered throughout the sandhill bringing a subtle and calming feeling, with a mixture of Dog tongue Buckwheat and Sweet Everlasting create snow-white patches below the tall longleaf pines.

Knowing where and when these wildflowers grow helps biologists understand how nature supplies a food source for wildlife, as there are wildflowers that only grow in sandy soil as others flourish along ponds.

Many wildflowers can be in the same genus or family but have different characteristics.

For example, Liatris (Blazing Stars) has five different species that bloom at various times during the fall. Each variety has one unique characteristic and valuable contribution to wildlife.

“They don’t want to all bloom at the same time, and they may overwhelm the pollinators’ ability to get to them. So if they time it out (naturally), pollinators get to eat year-round,” VInce explained.

Did you know: The first recorded species of a Blazing Star was on September 03, 1959 by J. D. Ray, Jr. in Brooksville, east side, Mount Fair Avenue?

“It’s probable that most of the wildfires were in the springtime because that is when the fuel is the driest and most receptive to burning, so since it burned during those times, the plants are used to that,” Vince said. “It’s recreating the conditions in which they’ve evolved for millions and millions of years. When we burn (prescribed burn), we simulate their natural conditions, and we get a good blooming response. It passes on to all the (plant) species and therefore provides benefits to other species out there, insect mostly.”

Another area we explored had a variety of wildflowers and the most beautiful scenic view, rolling hills with splashes of yellow, lilac, and white. You can’t help but stop and be amazed by what you are seeing.

Places like the Withlacoochee State Forest during the fall provides a great asset to nature and wildlife. All these fall wildflowers bring just enough color to remind you that this is the forest and this is only one of many areas in Hernando County where the public can be a part of that nature.

“We are kind of in-between things (blooms) a little bit. It’s still lovely though,” Colleen said. “I guess that is what I love about the sandhills. It’s breathtaking.”

The next time you are out hiking, biking, riding, or photographing, take the time to appreciate the beauty of all the fall wildflowers, because without them there would be no colors in the forest.