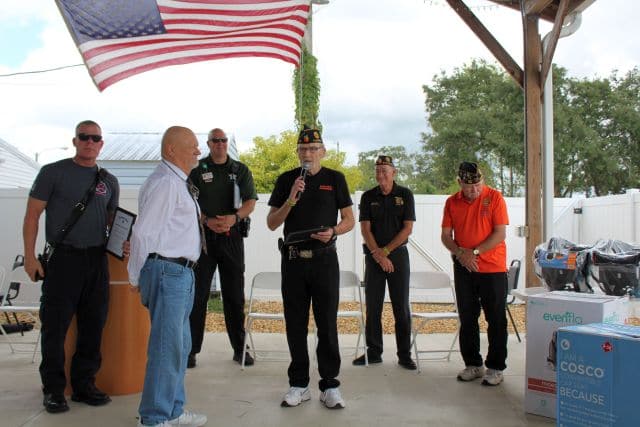 On Saturday, October 26, 2019, American Legion Post 186 sponsored a Child Safety Awareness Day. Under the direction of Post 2nd Vice Commander, Gary Newell, Hernando County teamed up with Post 186 in support of our children. Members of the Hernando County Sheriff’s office and Fire Rescue service spoke in support of children’s services. With the aid of Catholic Charities and local family aide services Gary was able to identify five families in need of car seats for young children. The seats were purchased with donations from Legion members.

The Keynote speaker was David Travland, Ph.D., addressing the topic of Bullying and how to identify it in your children. Dr. Travland is a clinical Psychologist (retired). He is the author of “The Tough and Tender Caregiver:. Founder and President of: Caregiver Survival Institute. In his spare time, he is a teacher of Classical Music and Writing. Originally from Iowa, he has practiced in South Carolina and Florida. He is an expert in Marriage Counseling, Child issues and several other topics.

Volunteer members of Unit 186 Auxiliary were on hand to serve pizza and ice cream.

The children were able to look over a fire truck and a “souped up” Sheriff’s patrol car. A special treat was the face painter who volunteered her talent.

LifeSouth, Community Blood Center, was also on hand for the day, with the Blood Mobile.