The battle stopped at Riverside. 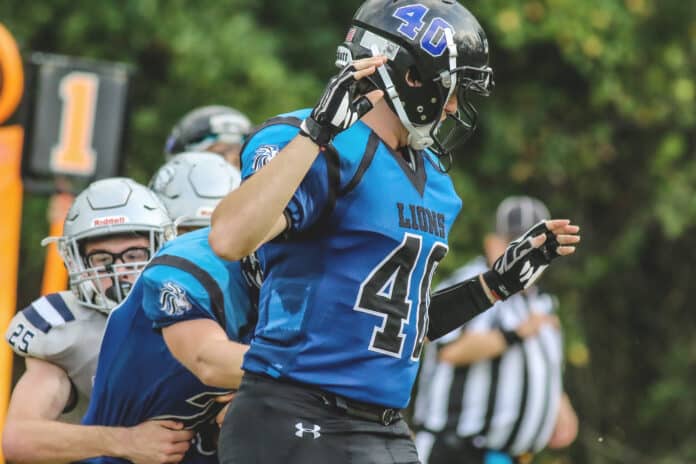 Trenton, FL — “It was a quiet bus ride going up. It’s kind of hard to take it all in,” Jeff Knott said.

Hernando Christian Academy’s football team set a goal to be the 2019 6-man Florida State Champions. As every game they played brought them closer and closer, the road to the final championship game ended on Riverside’s home field.

“We help bring these children to that level they want to be able to make it to these big games. You try your best, and you get there, it’s tough once you actually get so close,” equipment manager and team videographer Jeff Knott said. “It’s hard to put it into words. The drive and the focus these kids had.”

“I felt the same thing going down that line, and you walk down the field, knowing this is going to be your last chance. You don’t think about that. All you do is focus. You’re thinking, let’s finish this game, zero it, let’s win this game so we can go to the big game. And they did. You could not ask for a more focused set of kids. They were zeroed in and were ready to go.”

“As a parent, you strive to hope, you put good values and good perspective in your children. And that game showed every bit of it. That team is like my whole family. I was fortunate to be able to help coach along with these kids. To see their perseverance (through the) good times with the bad times and how they picked each other up. To see that, it’s absolutely phenomenal,” Knott added.

As Seniors Aiden Hopping, Austin Cain, Jacob Jackson, Reilly Decker, Kale Knott, and Dawson Kilcrease took their final steps off the football field that night against Riverside, they leave underclassmen a fresh new purpose and a reason to re-establish, strengthen and unify the team for next season.

“I like how we got along as a team, and we worked together,” Senior Kale Knott “It was upsetting that the season was over.”

Each one of these players has helped and guided their younger teammates.

“I had a player (Jack Gallop) that was playing in my position as well. It was his first time playing, and he did pretty good this season,” Kale said. “I taught him where to block and make the right block, where to go and how to line up.”

For senior Dawson Kilcrease, this was his first and his last year playing football for Hernando Christian Academy.

“It was very exciting to be playing for them this year,” Dawson said.

“Never give up and don’t ever say I can’t,” Dawson said. “Always play for the team.”