HomeSportsFollowing in his Father’s Footsteps
Sports

Following in his Father’s Footsteps 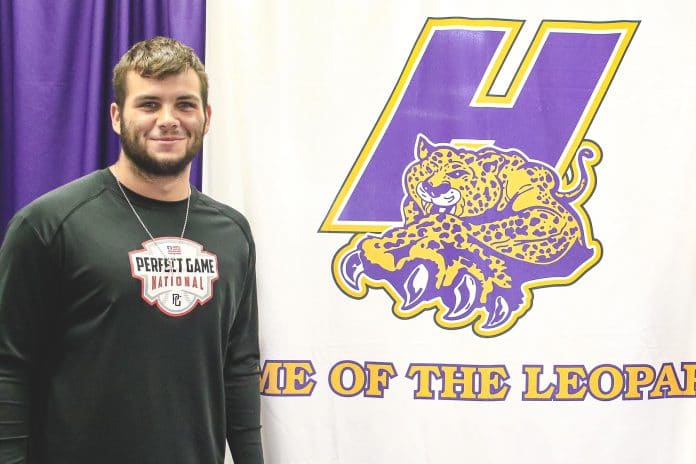 Connor Morgan has been playing baseball for Hernando High since he was a freshman. He also explored other sports. As a sophomore, Connor played soccer and at the beginning of his senior year, he played tight end and defensive linemen on the Leopards football team.

“Soccer definitely helps out with footwork, being a little more coordinated with my feet and football makes me stronger. It all correlates together as far as athleticism goes and moves on to baseball,” Connor said.

But at the beginning of his freshman year is where his most significant athletic achievements are prevailing as he follows in his father’s footsteps, and that is playing baseball.

“He’s taught me everything I know about baseball,” Connor said. “I think it’s cool that we are the first father-son that played for Coach Sims.”

Morgan, a right-handed pitcher and third baseman, has played 83 games since his freshman year. His batting average is .351 and has currently put in 87 hits, 67 RBI’  sRBI’s, and 70 runs, and there is still an opportunity to increase those numbers. The 2020 baseball season is not far away. The first game schedule is only two months away on February 18 against Weeki Wachee.

“I am very excited for him,” Matt Morgan said, “We come from a competitive place, I think he’s ready for the next level.”

“Connor is a second-generation Hernando High baseball player, his father Matt played for me,” coach Tim Sims said. “They exemplified the tradition of Hernando baseball, they worked at, they earned it.