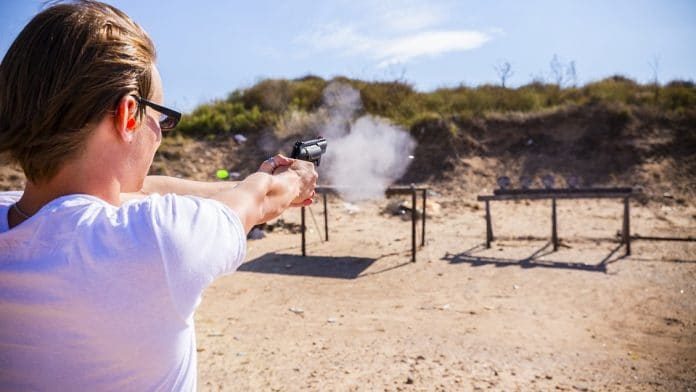 Commissioner Steve Champion of District Five proposed a resolution to declare Hernando County as a Second Amendment Sanctuary on Tuesday Nov. 19, 2019 to the Board of County Commissioners (Board).

The Commissioner began by addressing the room:
“…I think the more and more counties that do things like this are sending a message to Tallahassee and D.C. saying… we don’t agree with the liberal politics that are going on in some of these big cities… We appreciate our Constitution, our Bill of Rights; we all made that commitment already by sending that letter to our Governor, who’s doing a fantastic job, and it was a well written letter and said hey you know we’re worried about some of the stuff being proposed, but more importantly we need to protect the constitution. It’s just a resolution, it doesn’t really have any teeth to do anything.”

Rounding out the tail end of his proposal, in address to public comments on his Facebook account, Champion stated that he would not be gaining anything by promoting this proposal. He clarified that some of the proposals he was seeing at a state level were concerning and that while the resolution doesn’t have any “teeth” from a legal perspective, and is a symbolic gesture.

Jeff Holcomb, Chairman, followed Champion’s comments by touching on the current state of national level political opinion. Holcomb expressed many of the same concerns voiced by Champion in more specific terms. Additionally Holcomb stated that the resolution would be more than a symbolic gesture and that the intent to protect the rights imbued by the Constitution exists.

There was some debate semantically whether to call Hernando a Second Amendment Sanctuary county or a Second Amendment county. The disagreement came from the connotation of the word sanctuary with sanctuary cities/counties that limit cooperation with federal immigration enforcement. The concern is that legislation aimed at the immigration related sanctuary cities will affect Hernando County as a byproduct. All members of the Board are in favor of the Second Amendment and wish to see it preserved. As such, the Board is in agreement to review the language and revisit the topic as a resolution, although legally speaking individual counties cannot enact laws regarding firearms.  In Florida, the right to bear arms must be protected at a state level.