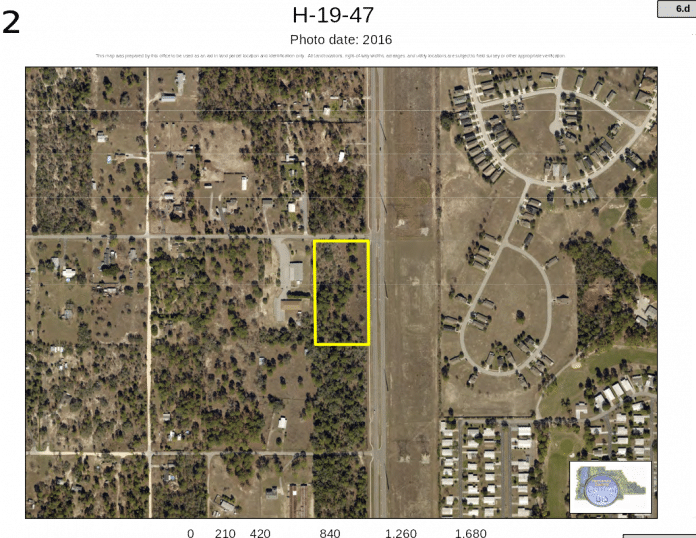 Commissioners approved a Master Plan Revision to allow the For Each 1 Reach 1 Mentoring Program to proceed with construction of their new facility on Sunshine Grove Road.

Lynette Mackey, Executive Director of the private school, which will focus on K-8 students who have had difficulty in traditional learning environments, dispelled some circulating rumors which likened the program to a detention center or punitive environment from which students would try to escape.

One citizen commented, “When you’re dealing with kids that are court-appointed or … are already in the law system, what’s to stop them from breaking the law again?”

Mackey describes the students of the school as, “not able to keep up with the mode of life moving fast.  They can reach the finish line, just not when the average child will reach it.”

Some students have external needs that mainstream schools don’t provide, such as clothing and personal care items.

Fearing as many as 500 vehicles queuing for pick up and drop off, the most cited concern of local residents opposing the facility was of increased vehicle traffic.

Alan Garman of Procivil 360 also addressed the BOCC, showed that the current zoning would allow for other traffic-producing businesses without board approval, such as a convenience store with 4 fueling stations.

Since most of the concern was for traffic on Montour Street, CJA asked if an entrance could be made from Sunshine Grove.  Garman explained, “Typically, you don’t put a driveway onto a four-lane road if you can afford it.  It’s not appropriate to put it there.”

The school has planned 9 classrooms, with a maximum capacity of 15 students, a cafeteria and gym with an equipment building.  It will also have unique features such as child care facilities, summer day camps, a junior-olympic sized pool and splash pad.  The proposed student enrollment is 135 students with 10 to 15 staff members.