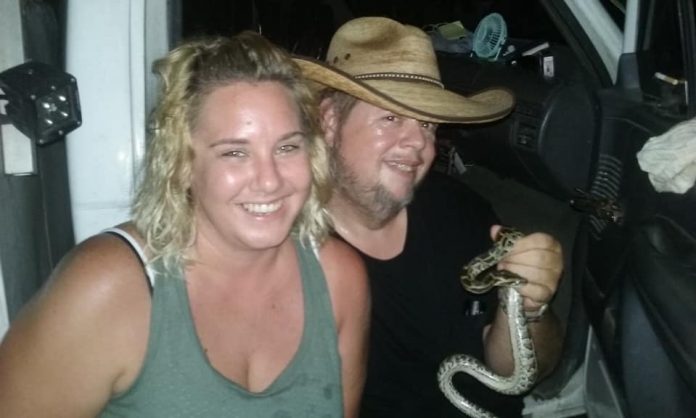 Taking advantage of the hype surrounding Super Bowl LIV, with assistance of the Miami Super Bowl Host committee, Governor Ron Desantis has announced the 2020 Python Bowl!  The Python Bowl will be held throughout South Florida or more specifically our Everglades region on January 10th through the 19th.  It’s a python catching contest that is open to the public and orchestrated to help rid our state of the invasive Burmese pythons.  And, as many of you may already have figured out, I’ve got my team assembled and am signed up!

And the reward for all of the long hours and hard work it takes to locate and catch these giant serpents?  The top hunter in their two divisions, pro and rookie, catching the longest python will each win $2,000.  The award for the most pythons in both pro and rookie categories will win a $5,000 Tracker 570 Off Road ATV.  Other money and prizes will be up for grabs by random drawings too.  The winners of the Python Bowl 2020, will be announced on January 25th at a Super Bowl LIV event.

Now, as the Python Bowl is open to the public, any hunters who wish to register must first complete a free online training course offered by the Florida Wildlife Commission on how to catch and handle pythons without putting yourself in harms way.  That’s the important part as I’ve been bitten a few times now and I can assure you that it is not at all fun.  These snakes have double rows of needle sharp teeth that curve backwards and it takes some real effort to get them off of you once they’ve gotten a hold.

Pythons have been slithering freely throughout our Everglades for nearly two decades and population estimates range from one hundred thousand to well over a quarter of a million depending on the source.  They have been causing some serious damage to the ecosystem of our Everglades as they feed on native wildlife; in some parts, the mammal population has been depleted by as much as ninety percent.  So, to make a bigger impact, the governor also announced that python contractors will immediately be able to access an additional one hundred and fifty more miles of secondary trails within Big Cypress National Park.

“We know Governor DeSantis and many partners have long been committed to environmental initiatives like this,” Barreto said. “With the support of the Miami Super Bowl Committee, we now have a broader audience ready to learn more about the unique ecosystem of South Florida and how they can help conserve it.”

This is a really great opportunity for us to make a meaningful impact on the python invasion.  It is also the first time that a Superbowl committee, has elected to make an environmental issue their top charity and I for one am very happy to hear that they have.

As always, if you have any comments, questions or just want to share your success from the woods, give me a shout out at [email protected]  God Bless and Good Hunting!