Weeki Wachee on the silver screen 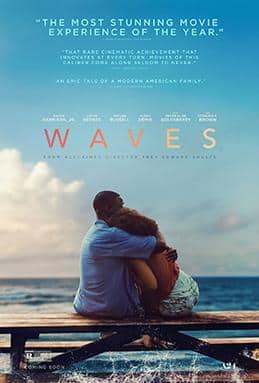 Waves, an independently produced motion picture directed by Orlando resident Trey Edward Shults, is a heralded family drama that boasts six film awards, numerous positive reviews, and some settings that may be familiar to Hernando residents.

The film, starring Sterling K. Brown of “This is Us” and Kelvin Harrison Jr., was shot partially at Weeki Wachee Springs. The film features exterior shots of the Weeki Wachee sign, along with shots of characters enjoying the Mermaid Show and kayaking down the Weeki Wachee River.

“The filmmakers knew that they wanted Weeki Wachee as a location,” said Guy Balson, a Clearwater-based movie location scout that secured the film’s locales for the shoot, overseen by A24 Films. “They picked the spot.”

Balson said that he traveled to Weeki Wachee in advance to get some photos of the amphitheater and surrounding areas at the park, then returned summer 2018 to join the Waves crew for a day’s worth of shooting.

“Both the film crew and the Weeki Wachee staff were well-organized and got the job done,” he said.

And at the film’s cast and crew premiere in Miami, Balson revealed, audience members immediately recognized the popular water park.

“They showed the Weeki Wachee sign,” he said. “And people cheered.”

John Athanason, public relations manager and Development Rep. at Weeki Wachee Springs State Park, has seen his share of professional film productions shot at the park, with the staff welcoming celebrities that range from Larry the Cable Guy to Paris Hilton to film television and web-based content. As far back as 1948, portions of the William Powell and Ann Blyth comedy Mr. Peabody and the Mermaid were filmed at Weeki Wachee.

“We’ve been around for 70 plus years, and it doesn’t surprise us when people want to film here,” he said. “People have great memories of Weeki Wachee, their hearts are here.”

“They come here to film a beautiful place,” he said.

Balson believes that, with the success of Waves, more people will discover the beauty and magic of Weeki Wachee Springs.

“Talk about great advertising for an already successful park,” he said. “Weeki Wachee is a one of a kind place.”