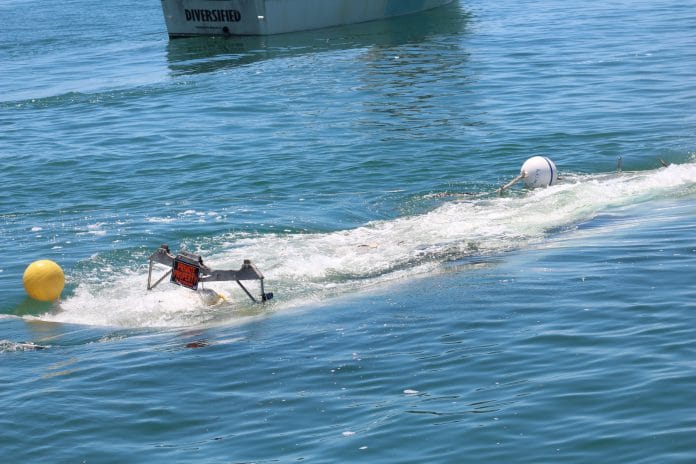 A story that kept coming up in 2019 is the county’s need for a new government center. The fifth circuit judges have been demanding a larger space for their expanding operations for several years. On Jan. 18, 2019, the Hernando County Board of County Commission (BOCC) received a “Confidential” Unsolicited Proposal. The proposal for the building had a private entity building the government center at the Brooksville Tampa-Bay Regional Airport and then leasing it to the county for 25 years with the cost including debt service being around $70 million. The county would own the building after the lease expired. The confidential proposal was ultimately rejected.

The story reappeared on Tuesday Dec. 17, 2019, when the Hernando County Board of County Commissioners gave their approval to submit a release of land request to the Federal Aviation Authority (FAA) for an 18 acre site at the Brooksville Tampa Bay Regional Airport. The county is considering the site as a location for a new government center and would need this release to move forward with the plan.

In 2019, Republic Services began using a mechanical arm on their trucks to pick up the trash. The arm required new trash bins to be distributed. The roll out of the service had serious issues and for months trash pickup was a major area of contention, with several customers reporting that they were going weeks between trash pickups. On July 30, the county commission voted unanimously to deny a scheduled rate increase for Republic Services because of their poor performance.

The Hernando School District considered creating their own police force. The idea was to leverage the specialization of school resource officers. This idea had been implemented in other school districts including Alachua, Bay, Brevard, Broward, Citrus, Duval, Leon, Miami-Dade, Nassau, Orange, Palm Beach, Pinellas, Putnam and Sarasota. After discussing the idea, the decision was to continue using the Hernando County Sheriff’s Office to provide policing services.

Hernando County lost numerous beloved people this year. Among these contributors to the unique fabric of Hernando County are: Julia Jinkens, Rose Rocco, Royce Decker, Donna Snapp, Tony Castro, Judy McIntire, Trevor Bowen, Officer Valor (K-9), Debbie Cutlip, and multiple others, with each passing a little bit of our community was lost. They will live on in our hearts and memories.

On Sept. 24, 2019 the commission voted to approve the applications to the Florida Department of Environmental Protection Springs Fund and Southwest Florida Water Management District’s (SWFWMD) Cooperative Funding Initiative to obtain grants to go forward with the Septic to Sewer (S2S) Conversion project that was developed by the Hernando County Utility Department (HCUD) in 2016 to meet the state requirements. The Septic to Sewer conversion will cost 450 property owners within the project area $6000 each, or cumulatively $2.7 million on top of the county’s share and grant monies.

On Wednesday Sept. 11, 2019, the City of Brooksville unveiled their memorial dedicated to honor the firefighters, police and other first responders who worked tirelessly to help rescue the victims of the terrorist attacks eighteen years after that fateful day. The memorial consists of a portion of a steel beam from the World Trade Center supported by two pairs of hands sculpted from steel. The monument is located at the City of Brooksville Public Safety Complex.

Although Hurricane Dorian at one point was forecasted to hit Florida as a massive hurricane, at the last moment the storm turned north sparing Hernando County and Florida as a whole. Hurricane Dorian did strike the Bahamas causing devastating damage. Hernando County was well prepared for the storm and was able to provide assistance to the Bahamas.

The GARI (Gulf Archaeological Research Institute) and the STHPO (Seminole Tribal Historic Preservation Office) have been researching the former Seminole town of Chocochatti. After a study of the land where the historical monument is located, the researchers decided to broaden their search area. Chocochatti is important from a historical perspective because it was one of the oldest Creek/Seminole towns this far south in Florida.

CEMEX mining expansion is moving forward. Early in the year, Suzanne Van Wyk, an Administrative Law Judge for the State of Florida, who was overseeing the challenge to the Comprehensive Plan Amendment by the Hernando County Commission recommended that the Department of Economic Opportunity accept the change. At the September 10, 2019 meeting, the board voted 5-0 to approve the rezoning from Agricultural (AG) to Mining (M) after a long and contentious process, including a lawsuit by a nearby landowner. The commission also rezoned two parcels south of Fort Dade Ave. as well as the parcel called “Lykes Cutoff” totaling  approximately 573 acres. Mining and reclamation activities are limited to twenty years per the comprehensive plan amendment.

The Ghost Ship, named for its mysterious past was towed to its final resting place on Tuesday, April 23, 2019, where it became part of the Bendickson Reef. The vessel, which may have been purchased from the Clearwater Marine Aquarium may have also been involved in smuggling operations.  Its final owner is believed to have died roughly 15 years ago. No one is really certain.

There have been many interesting arrest reports this year, but one stands out  “battery with pancake batter.” The Sheriff Deputy reported on 03/15/19, “I was dispatched to __ in reference to a battery. Upon arrival the victim, Tammie advised that the defendant, Dwayne was intoxicated and came out onto the porch of the residence, where she was attempting to make pancakes for dinner. Tammie stated that Dwayne said to her that she was a “shared who*** and that she has AIDs.” Tammie stated that Dwayne then threw the cooking pan and after that, threw the bowl of pancake batter at Tammie, striking Tammie against her will with pancake batter. Although the bowl directly missed Tammie, Dwayne threw the bowl with enough force to cause the plastic bowl to break. Upon Deputy S. Fredrickson’s arrival on the scene, Tammie had pancake batter in her hair and on her clothing. Pancake batter was seen slung across the floor of the porch and on what remained of the screen enclosure. The bowl was also photographed.”

Hernando County School Superintendent John Stratton had the interim label removed from his title. At the January 8, 2019 the Hernando School Board voted 4-1 in favor of retaining Stratton as Superintendent rather than starting a search for a permanent superintendent.

This year we had several school resource officers save choking students in the schools. Sheriff Deputy Jeff McDougal saved a man after finding him lying awkwardly on the floor without a pulse, not breathing, and “ashen” colored skin.  Deputy McDougal put his training to work, and performed CPR, saving the man’s life.

In 2019, we were threatened by a hurricane, the county administrator was fired, the interim school superintendent and interim county administrator were made permanent, and the Brooksville Housing Authority underwent some major changes. The county lost some key contributors, but others started new ventures. We look forward to covering the happenings of 2020.